FIR has been registered against those account holders, says official.

Claiming they have been vindicated by the AIIMS report on the death of actor Sushant Singh Rajput, which termed it suicide, the Maharashtra government and the Mumbai police have said they will take action against fake social media accounts that trolled and defamed the Mumbai police in this case.

Maharashtra Home Minister and senior Nationalist Congress Party (NCP) leader Anil Deshmukh too demanded an apology from the Opposition Bharatiya Janata Party (BJP) for defaming and insulting the State and its police. He asked former CM Devendra Fadnavis, party in-charge for Bihar election, whether he will campaign for Bihar’s former DGP Gupteshwar Pandey, who defamed Maharashtra in the case.

“Several social media account holders are trolling the Mumbai Police Commissioner on different platforms like Twitter, Instagram and Facebook and are using abusive language against him and the force. Hence, an FIR has been registered against those account holders under Section 67 of the IT Act. Most of these accounts are fake and we will be taking action against all those fake account holders,” said Rashmi Karandikar, DCP, Cyber Crime, Mumbai police.

“Another FIR has been registered against culprits who used a morphed image of the official Twitter account of the Mumbai Police Commissioner. We have started the probe in both matters,” said Ms. Karandikar.

The Mumbai Commissioner of Police too had pointed to fake social media accounts being used to run propaganda against the force. According to sources, over 80,000 such accounts have been identified from foreign countries for promoting conspiracy and targeting the State government, especially the Mumbai police.

Mr. Deshmukh, addressing a press conference on Wednesday, slammed the BJP for running anti-Maharashtra propaganda under the guise of seeking justice for Rajput. Citing a report from the University of Michigan, which analysed the Twitter trends and social media posts in the case, he said the report pinpointed the BJP and certain news channels for running a propaganda campaign against the State and the Mumbai police.

“The BJP not only tried to defame the Maharashtra police but also the State. It is sad that Devendra Fadnavis, who led the Home Department for past five years, questioned the efficiency of Mumbai police. It was a plot against Maharashtra. An attempt to defame the State,” said Mr. Deshmukh.

He said Mr. Pandey was going to fight the election in Bihar. “I want to ask Devendra Fadnavis whether he will campaign for Pandey who insulted Maharashtra?”

“People who try to defame the State and insulted Maharashtra must apologise to the people of Maharashtra. If they don’t, people will not forgive them. Those who defamed the State will be probed through cyber cell of the State police,” he said, demanding the CBI to make public the report on the death of the actor.

“SSR controversy was nothing but a conspiracy to gain political mileage for Bihar election. It was done by one political party,” he said.

The Maharashtra Congress too welcomed the action against fake social media profiles for spreading propaganda. “Soon, will share very crucial info to government with respect to social media accounts which were solely generated by the BJP IT team to promote conspiracy theory in the SSR case and defamed Maharashtra,” said Sachin Sawant, State Congress general secretary and spokesperson, adding that he will visit the Mumbai CP on Wednesday morning with proof against the IT cell of the BJP.

The BJP said the State’s Home Minister must not make such statements until the final report from the CBI is prepared. “The BJP and Devendra Fadnavis are ready for any sort of inquiry. The ruling party should not give threats, but do inquiry if he really wants,” said BJP MLA Atul Bhatkhalkar.

Out on bail, sexual harassment accused molests woman in autorickshaw 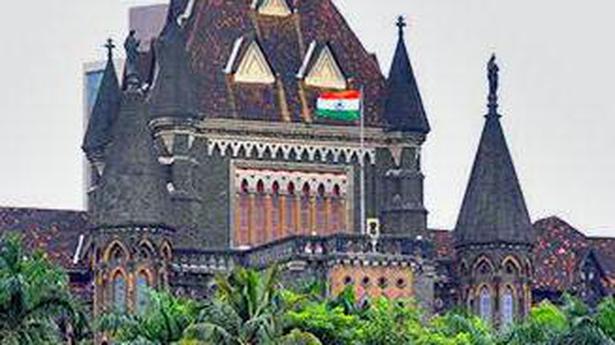