NEW DELHI: A home guard was allegedly stabbed to death while resisting a snatching bid on GB Road in central Delhi early on Monday. His friend was also critically injured. The criminals are yet to be arrested.
The deceased, Aman (24), lived in New Ashok Nagar. His injured friend, Aniruddh, works as a pump operator and lives in Noida. Aman and his friends, Aniruddh, Hari Om and Raju, had gone to GB Road late on Sunday.

Aniruddh told police that around 1.30am, when they were about to leave, an unidentified man snatched Aman’s cell phone. Aman caught the snatcher and they all beat him up. Soon, an associate of the snatcher stabbed the home guard with a knife in his back.
“When Aniruddh intervened, the attacker stabbed him in the shoulder and arm. Hari Om and Raju ran away after seeing the violence. When Aman and Aniruddh fell to the ground bleeding profusely, the attackers also fled the spot with the snatched items,” said a police officer.
Aman and Aniruddh were taken to Ram Manohar Lohia Hospital by locals where the home guard was declared dead. DCP (Central) Sanjay Bhatia said the PCR got a call from the hospital at 1.54am reporting that a man admitted with stab wounds had been declared dead.
“The hospital said another man accompanying the deceased had critical stab wounds. A police team reached the hospital and filed a case of murder, causing injury during robbery and theft on the statement given by Aniruddh,” Bhatia said.
Eyewitnesses and locals were being questioned to identify the killers. “Footage from CCTV cameras in the area is being scanned to find out the direction in which the criminals fled. A forensics team has collected evidence from the crime spot,” said the DCP. 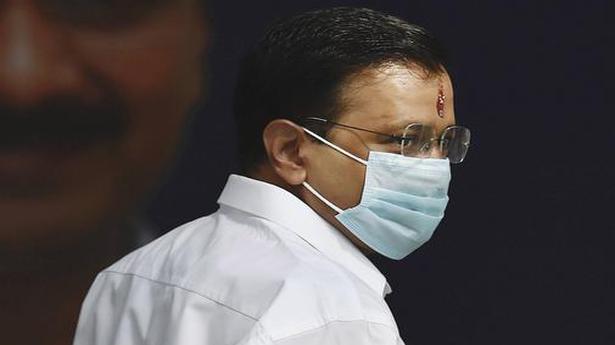