NEW DELHI: Three men who were daily wagers by the day and robbers at night were arrested for snatching a man’s phone a little after midnight on Friday. While two of them were nabbed near Red Fort, the third was arrested later.
The three accused were identified as Mohsin (23), Mohammad Faiz (22) and Mohammad Taif (20). While Mohsin was an attendant at a shoe store, Faiz worked at an AC repair shop and Taif was a two-wheeler mechanic. All of them are residents of Chandni Mahal. A robbed mobile phone and a stolen scooter was recovered from them.
The victim, Pradeep, a resident of Vishwas Nagar in Shahdara, had reached Red Fort to catch a bus to Punjab at 11.45pm on Friday. However, his booking got cancelled due to some reason.
DCP (North) Anto Alphonse said around 12.15am, when Pradeep was looking for a public conveyance to return home, three men on a scooter snatched his phone. “When he tried to get the phone back, the trio slapped him. Pradeep then pushed their two-wheeler and they fell to the ground. As soon as Pradeep raised an alarm, one of the snatchers sped off on the scooter while the other two ran after him on foot,” he added.
Pradeep then started chasing them and crying for help. Soon, ASI Guarshi Lal and home guards Partap and Shyam Kishore, who were deputed at Chatta Rail Picket, heard his shouts for help and started chasing the snatchers. “Two of them, later identified as Mohsin and Faiz, were caught and overpowered. Pradeep’s mobile phone was recovered from their possession. The third accused, Taif, was arrested later,” said the DCP.
During interrogation, the trio disclosed that after Mohsin lost his job at the shoe store during the lockdown, he turned to crime. The other two would work in their respective places during the day and join him in committing robberies at night. 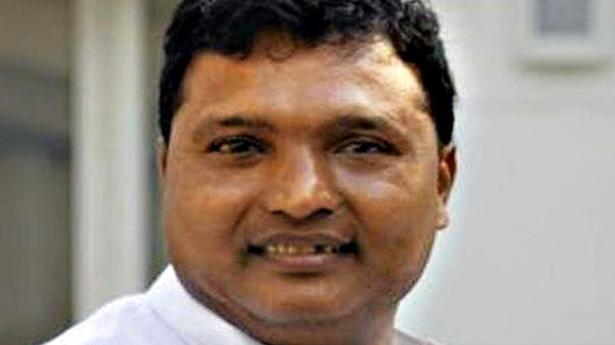 Scindia could have been CM, now a backbencher: Rahul at IYC meet