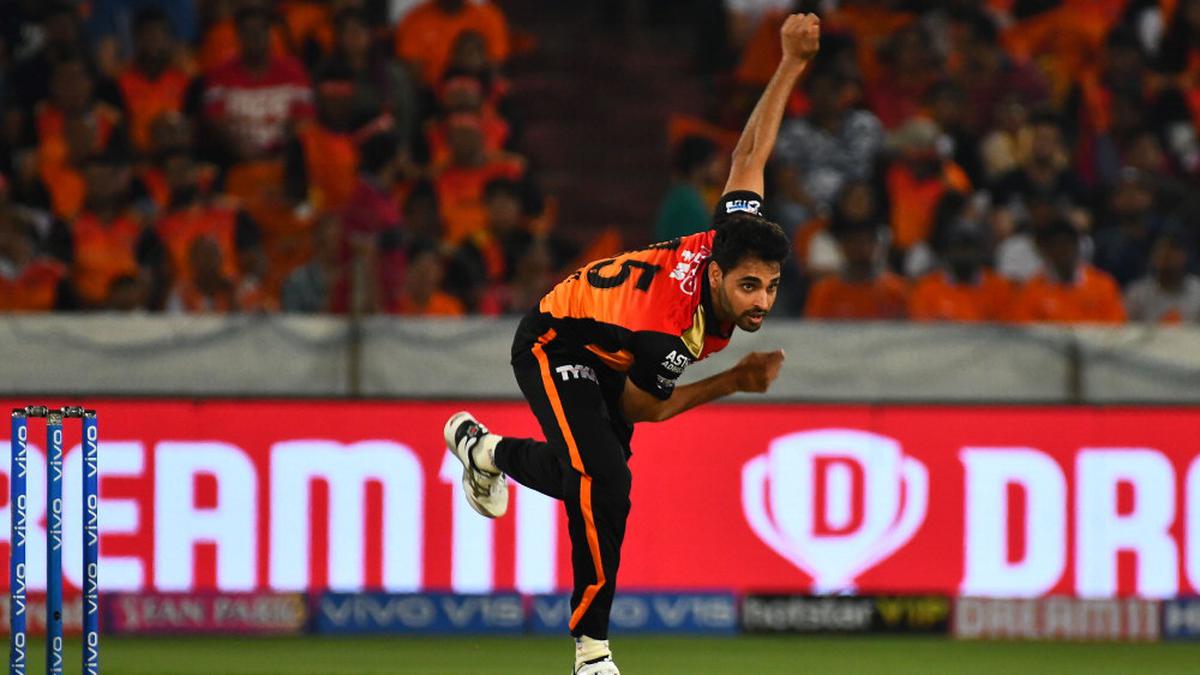 Sunrisers Hyderabad suffered a huge blow as its pace ace Bhuvneshwar Kumar was ruled out of the Indian Premier League (IPL) with hip injury.

He sustained the injury during the league fixture against Chennai Super Kings in Dubai on Friday and team sources have told Sportstar that the pacer will be missing the rest of the tournament. “The support staff was keeping a tab on his injury, but unfortunately, he has been ruled out. He is an integral part of the team and his absence will be a big blow,” a source said.

READ: Injured Amit Mishra ruled out of the tournament

This is the second case of a player getting injured from the SRH camp – Australian Mitchell Marsh flew back home after sustaining an injury in the opening game and was replaced by Jason Holder.

The team is still undecided on the possible replacement for Bhuvneshwar. IPL will set the momentum for Australia tour, says Shami