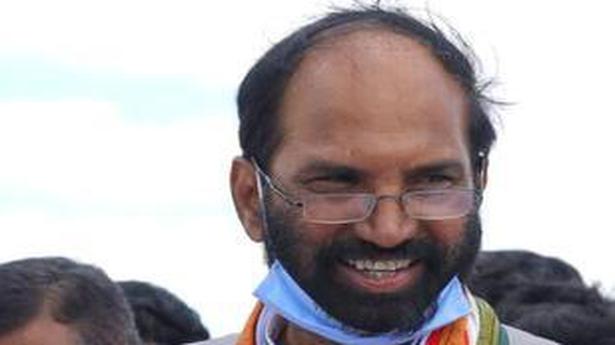 Bogus voters are on the rise with the active role of TRS leaders in the Greater Hyderabad Municipal Corporation (GHMC), TPCC president N. Uttam Kumar Reddy alleged and asked the Congress cadre to expose such names in each division.

Mr. Uttam Reddy said there was a danger of government changing the contours of the divisions to suit the ruling party and the efforts were already on. Congress leaders should keep track of this, he said asking the leaders to constitute committees in all the 150 divisions.

He said there was lot of resentment against the TRS and Congress cadre should reach each and every household to expose the government.

Malkajgiri MP A. Revanth Reddy said the delimitation exercise was unscientific and it should be exposed. For example, in several divisions in the old city the number of voters were between 15,000 and 30,000 whereas it was between 60,000 and 80,000 in other places.

He suggested that the legal team should be ready to counter any move to manipulate the divisions, voter list and delimitation changes. He also wanted youngsters to be identified in all the divisions and give them the responsibility to take up padayatras and nominate them as candidates. Leadership qualities and caste equations should be kept in mind while choosing these youngsters. He also wanted division-wise manifestos to be prepared.