After inspecting the buildings constructed by Farooq Mamudmiya Kazi, the builder who developed the Mahad building that collapsed, the Panvel Municipal Corporation (PMC) has served notices to all the buildings.

On August 24, the five-storey Tarique Gardens building at Mahad had collapsed, killing 16 and injuring nine people. The building was just around seven years old and the shoddy construction and cheap construction material led to the collapse.

“After police stations and ward offices notified us, we conducted inspections of all three buildings and found that they all had developed cracks on the columns and are not in good condition. We have served the buildings with notices to get stability certificate. A structural stability certificate can be procured by charted engineers after conducting a thorough inspection. If they fail to get a positive report, CIDCO will be informed and they will have to take a call about the further procedure as CIDCO is the authority that gave building permission and occupancy certificate,” PMC Commissioner Sudhakar Deshmukh said.

“Another building in Taloja Phase I at Sector 2, which is under construction, was also inspected. We have notified CIDCO about it and they would further look into its construction permissions and other formalities,” Mr. Deshmukh said.

Mr. Kazi, who had been on the run since the collapse in Mahad, surrendered before the Mangaon session and district court during his hearing for anticipatory bail on September 3. He was the arrested and produced before a Mahad court on September 4, which sent him to police custody till Tuesday. 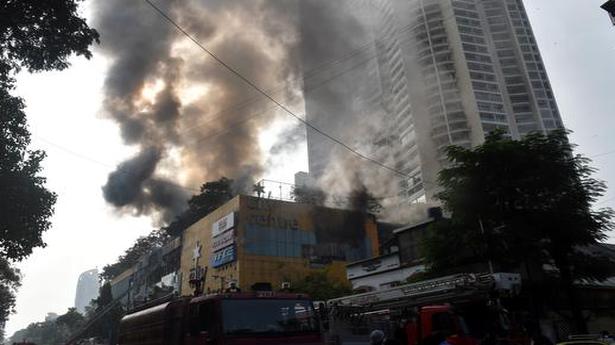