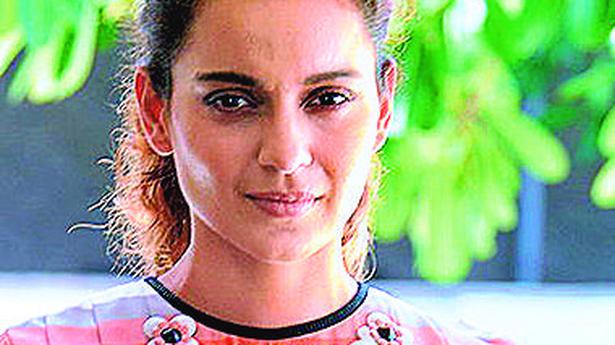 The Bollywood actor had on Monday taken to Twitter to share videos of at her office premises here and expressed apprehension that the BMC may demolish the property.

A BMC team went to the Pali Hill bungalow of the actor in suburban Bandra and posted the notice there as nobody was present to receive the notice, a civic official told PTI.

The notice pointed out over a dozen alterations in the bungalow, like a “toilet being converted into office cabin” and “new toilets being constructed along side the staircase”, the official said.

The BMC has asked Kangana to respond within 24 hours to let the civic body know if she had any approvals for the work, he said.

Kangana had on Monday taken to Twitter to share videos of at her office premises here and expressed apprehension that the BMC may demolish the property.

However, the civic body had said the visit by its officals was part of a regular exercise undertaken to keep a tab on illegal constructions in Bandra.

Kangana’s recent remark comparing Mumbai to Pakistan-occupied Kashmir (PoK) has drawn ire of the ruling Shiv Sena whose leaders are targeting the BJP for defending her.

Stating that she has done nothing illegal on her property, the actor had said BMC should show the illegal construction with a notice.

Following the twitter spat between her and Shiv Sena after the death of actor Sushant Singh Rajput, the Union Home Ministry on Monday accorded central security cover to the actor. The decision to accord Y plus security to the actor was taken after assessment by intelligence agencies