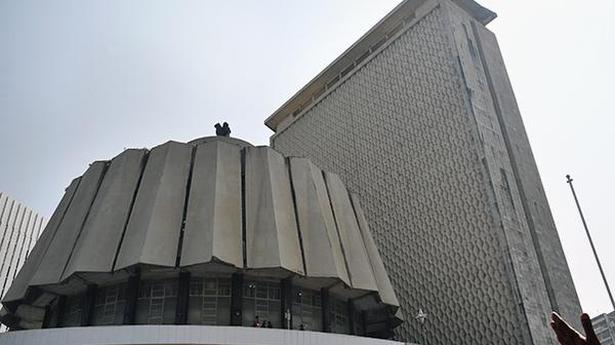 The two-day monsoon session of the Maharashtra Assembly will begin on Monday, amid the pandemic and stringent medical norms.

Only selected individuals, other than MLAs and MLCs, who produce a medical certificate declaring they are COVID-19 negative, will be allowed entry. There will be no Question Hour and bills related to COVID-19 measures will be passed. On Monday, the State government will present the supplementary demands, which details the extra expenditure other than that allotted in the budget speech.

Breaking the tradition in view of the COVID-19 outbreak, the Maha Vikas Aghadi (MVA) on Sunday cancelled the tea party hosted by the ruling party for the Opposition. The Business Advisory Council (BAC) meeting held two weeks ago, joined by the Opposition, cleared the two-day session to be held on September 7 and 8.

The bills that will be introduced in the session include postponing the elections of Mayor and Deputy Mayor due to COVID-19, extending the time-limit of activities which cannot be completed due to the ‘Act of God’ as suggested by the GST council, appointing an administrator at grampanchayats, where conducting polls will not be possible, and postponing the polls in cooperative societies.

Bills on the cards

‘Along with bills concerned with the COVID-19 situation in the State, the government will also be bringing bills to ease land acquisition for industrial purposes and for redevelopment of cessed buildings in Mumbai city, among others.

As COVID-19 cases continue to rise in the State, the government has made it mandatory for every individual entering the campus to undergo a test. No visitor gallery passes will be issued and restrictions have been put on the number of people entering with ministers and MLAs. The seating arrangement for MLAs will be done in a manner that ensures physical distancing protocol is maintained.

Speaker Nana Patole was the latest leader to test positive for the viral infection and is likely to skip the proceedings.

Chief Minister Uddhav Thackeray’s residence Matoshree in Bandra has received calls in which the caller allegedly threatened to blow it up, the Chief Minister’s Office (CMO) said in a statement on Sunday.

According to the police, Matoshree received two calls on Saturday night from a man, who said that he was calling from Dubai on behalf of fugitive gangster Dawood Ibrahim. Following this, the police have beefed up security at the bungalow located in Kalanagar Colony, a police official said.

The CMO said the State Cabinet, which met on Sunday on the eve of the two-day monsoon session of the legislature, expressed concern over the threat call and sought the Centre’s intervention in the matter. “The ministers said the guilty should be brought to book and strict action should be taken,” the CMO statement said.

State Home Minister Anil Deshmukh told the Cabinet that the Crime Branch was investigating the matter.

“Someone called and said Dawood Ibrahim wanted to talk to Mr. Thackeray. However, the telephone operator did not transfer the call to the CM,” the official said. “The caller did not reveal his identity, but only said he was calling from Dubai on behalf of Dawood Ibrahim. Both the calls were received around 10.30 p.m.,” he added.

The local police were later informed about the calls, following which extra security force was deployed outside the bungalow. No case has been registered in this connection, the official said.