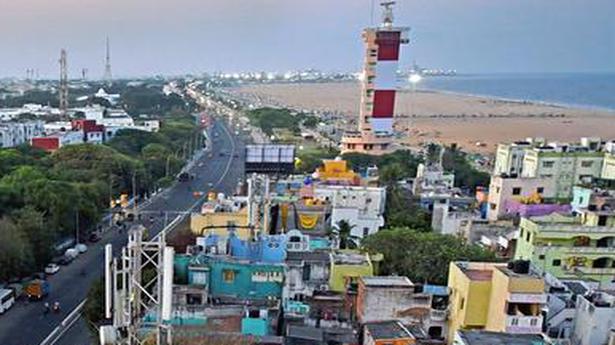 Who is Dr V Thiruvengadam and what is his connection with Tamil actor Vijay?

For those who did not know, this Vyasarpadi-based doctor, affectionately called the ‘5 rupees doctor’, provided consultation at nominal costs for more than three decades, and was also immortalised in the hit film Mersal starring Vijay.

This interesting question kickstarted the finals of the 10th edition of the Murugappa Madras Quotient Quiz, which was conducted online on September 6, with over 1200 participants across the world testing their quizzing skills. Hundred top scorers from the first round competed in a live round for a keenly-contested final, with R Jayakanthan emerging triumphant.

Hosted by quizmaster Dr Navin Jayakumar, the theme for this year’s edition was ‘Curiosity and Love for Namma Madras city’ and comprised trivia about Chennai’s past and present.

Dr Navin vividly remembers the Madras Quiz he conducted in 1989, one of his earliest outings as a quizmaster. “It is a landmark event in my quizzing journey,” he explains over phone, “There was no Google back then, and I remember travelling from Royapuram to the top of St Thomas Mount, taking photographs for the visual portions of the quiz.”

That quiz was a mega event, conducted over three days, involving schools, colleges and open audiences.

Cut to September 2020, and Dr Navin might not have trudged through Chennai to source photos. The physical strain has reduced, but his challenges as a quizmaster are different: how do you ensure fairplay in an online quizzing event? Admits Dr Navin, “It is the single biggest challenge in online quizzing. But we have found a way that is fun and involves a lot of learning,” referring to using new tools such as answering within a stipulated amount of time and re-arranging format questions.

Dr Navin himself has a long-time association with the city; he hosted a quiz at the Madras Medical College in the late Seventies, played host to the Madras Book Fair Quiz and is associated with the popular Landmark Quiz as well.

This particular contest owes its inception to the late S Muthiah, chronicler of Chennai and the author of the popular Madras Miscellany column in MetroPlus. “He was the catalyst for this quiz, when the city was 350 years old. Much later, when the city turned 375, he was the driving force to restart things,” adds Dr Navin.

Muthiah might not have been around to join in, but the spirit of the city was evident during the Madras Week celebrations. In fact, due to COVID-19, this “spirit” has spread across the globe, with many participating in Sunday’s quiz from across the world. “While Chennai is geographically still here, Madras as an idea is present around the world,” says Dr Navin, adding, “Even after we get back to live quizzing, this online component that involves the quizzing community at large should continue.”

He has a final word about the city that throws up several interesting aspects year after year. “In other cities, you might run out of questions. But Madras is a city with not just a wonderful history, but also so many things happening during the present. As a quizzer, there are always interesting things about Madras.” Are we ‘mask’ing it? Covid safety takes back seat- The New Indian Express