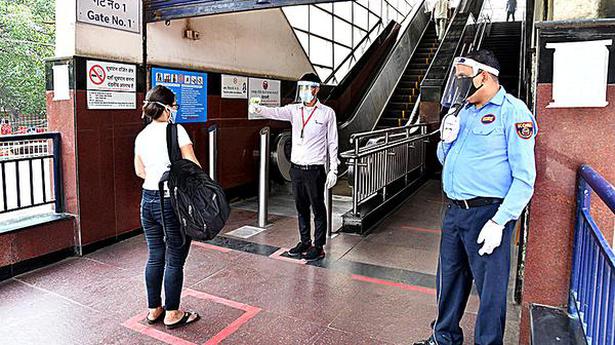 Amid strict enforcement of social distancing norms, sanitisation and thermal scanning of commuters, the Delhi Metro resumed its operations on Monday after a hiatus of over five months.

The metro opened to a lukewarm response from commuters, with metro staff and mediapersons outnumbering them at a few stations. Delhi Metro officials said around 15,500 passengers took the metro in its eight hours of operation on the Yellow Line and Rapid Metro Gurugram. The 12-km-long Rapid Metro network, mostly catering to Cyber City and Golf Course Road in Gurugram, witnessed almost nil ridership.

A total of 1,115 smart cards were sold on the first day of operations, said the officials.

Under the first stage of graded resumption of services, metro trains are available from 7 a.m. to 11 a.m. and from 4 p.m. to 8 p.m. The timings will increase to 12 hours per day — six hours in the morning, six in the evening — from September 11.

On its first day of resumption since March 22, when services were suspended following the ‘Janata Curfew’ and lockdown owing to the COVID-19 outbreak, several commuters availed the rapid transit system while citing the need to “return to normalcy”.

Mary Benny, a private sector employee travelling from Burari to Green Park, said, “We got orders from office to report to work as the metro was running again. Currently, it’s empty so there are not as many apprehensions but we will have to see what happens once the stations start getting crowded.”

“How long can we stay at home? The virus is not going anywhere. So we have to live with it,” said Ms. Benny.

While metro staff and volunteers deployed by the authorities were seen on platforms guiding the commuters, several passengers were not aware of the restricted entry and exits to the stations.

The Delhi Metro network, which spans over 389 kilometres with 285 stations, is likely to become fully operational by September 12 when services will be available throughout the day.

For the first two days, the frequency of trains will vary between 2.44 minutes and 5.28 minutes, officials said.

(With inputs from Ashok Kumar) 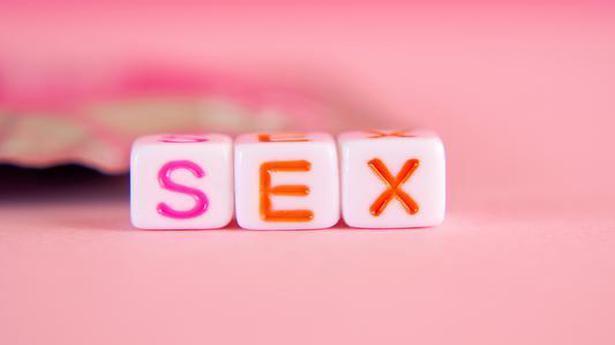