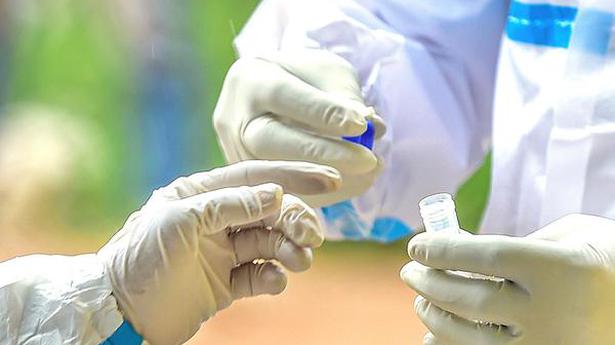 In what doctors claim to be a first case of COVID-19 reinfection in south India, a 27-year-old woman from Bengaluru has tested positive again nearly a month after she was treated and discharged from hospital.

Doctors at Fortis Hospital’s Bannerghatta Road unit, who confirmed that the hospital had reported the first reinfection case, said the woman had no history of any comorbidities.

“On July 6, the patient was symptomatic. She reported with fever, cough, and sore throat and had tested positive. She was admitted at the hospital and recovered well. A repeat test was conducted on her, which turned out to be negative, after which she was discharged on July 24,” Pratik Patil, consultant, Infectious Diseases, at the hospital, told The Hindu on Saturday.

“However, in the last week of August, she developed mild symptoms again and tested positive again. Both the times she did not have severe disease. This is possibly the first reported case of COVID-19 reinfection in Bengaluru. She has recovered well this time too and is being discharged. We have not done a repeat COVID-19 test before discharge this time as per the new discharge policy,” he said.

Normally, in case of an infection, the COVID Immunoglobulin G (IgG) antibody is tested positive after two to three weeks of infection. “However in this patient, the antibody test has returned negative. We got it confirmed from two different labs. This means she did not develop immunity after infection. The other possibility could be that the IgG antibodies disappeared in nearly one month, leaving her susceptible for reinfection,” Dr. Patil said.

“Reinfection cases mean that the antibodies may not be produced by every individual or if they do develop, they may not last long enough, and therefore, allowing the virus to enter the body and cause the disease again,” he explained.

Taking note of the case, the State Health Department now wants to get the recurrence studied in detail by doctors.

Jawaid Akhtar, Additional Chief Secretary (Health and Family Welfare), said there is no need to panic as cases of recurrence are very rare. “We have seen reinfection in one or two cases within days of discharge in the initial stages of the pandemic in Karnataka. What also needs to be studied is the life span of antibodies. As the patient was not tested for antibodies after her first recovery, we do not know if she had developed the antibodies intially and does not have them now. We will get this studied in detail,” he told The Hindu.

C.N. Manjunath, nodal officer for labs and testing in the State’s COVID-19 task force, said reinfection can happen if there is a very short-lived antibody response without any cellular immunity in the patient. “Such cases are rare and there is no need to panic,” he said.

V. Ravi, senior professor and head of Neuro Virology at NIMHANS, who is part of the State’s COVID-19 expert committee, said recovered patients should not get complacent and assume they have got an immunity passport post recovery. “It is best to continue wearing masks, maintain hand hygiene, and ensure social distancing,” he said.

After the first COVID-19 reinfection was reported in Hong Kong on August 24, there have been reports from Belgium, the Netherlands and the U.S. Two days ago, a doctor in Mumbai also tested positive for the second time after a gap of two months.

Museum to reopen from Nov. 10

Handicraft exhibitions make a comeback after a year’s gap

Bengaluru to have 225 wards after delimitation?