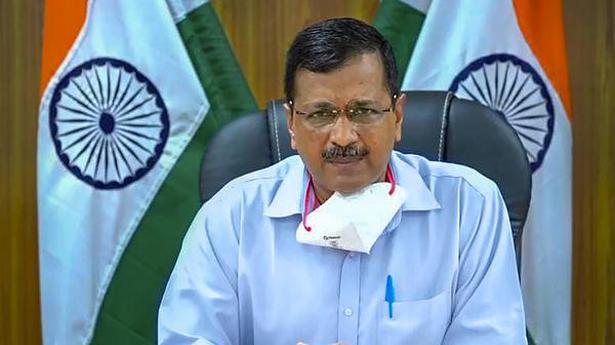 The Delhi government’s 10-week anti-dengue campaign commenced on Sunday, with Chief Minister Arvind Kejriwal inspecting his house for any signs of stagnant clean water and draining it.

Mr. Kejriwal said that like last time, two crore people of Delhi will join hands and work together to fight against dengue.

“The rainy season is here again, and it is the first week of September. We all know that at this point, the breeding of mosquitoes that spread dengue is at a peak. We have to save ourselves and our family from dengue,” he said.

“Last year, Delhi participated in a massive campaign against dengue, ‘10 Hafte 10 Baje 10 Minute – Har Ravivar, Dengue Par Vaar’ and this year, we will do that again,” he added.

“Like last year, today is the first Sunday, and for the next 10 Sundays, please spend 10 minutes to inspect your homes for stagnant clean water at 10 am. Please drain the standing water and replace it,” he urged people.

Mr. Sisodia tweeted in Hindi, “Often we feel that there is not a single place in our house where there is stagnant water but if you take 10 minutes to check properly, you will find stagnant water somewhere. That’s why it is important to join the #10Hafte10Baje10Minute campaign – to protect your family from dengue @ArvindKejriwal.”

“The people of Delhi have once again started a war against dengue. On the first Sunday of this 10-week massive campaign, I have also changed the clean water accumulated in my house and eliminated the possibility of mosquito-borne diseases,” he tweeted.

He also asked people to check their homes for just 10 minutes for the next 10 weeks, every Sunday at 10 a.m.

“Along with saving our families from dengue, we have to save Delhi from dengue. I am sure the people of Delhi will defeat dengue this time as well,” he tweeted.

Last year, through the ‘10 Hafte 10 Baje 10 Minute’ campaign, which was launched in September, there were only 2,036 cases in Delhi and two deaths due to dengue, as compared to 2015, when the dengue cases were 15,867 and there were 60 deaths, a statement from the government said.

The campaign also garnered the support of many celebrities as well as officials of the government and other autonomous bodies, it said.

Under the campaign, citizens must inspect their homes for any possible sources of stagnant clean water, which can lead to the breeding of Aedes mosquitoes that spread vector-borne diseases like dengue, malaria, and chikungunya.

Mr. Kejriwal has appealed to the Ministers, MLAs, and the citizens to begin the mega campaign from their own homes and spend 10 minutes every Sunday to make sure there is no stagnant water in their homes and surroundings.

After the first week of the launch of the flagship programme, a doctor will share advices on the dos and don’ts to prevent dengue in the second week, the statement said.

The campaign also seeks to engage the residents to pick up their phones and call 10 of their friends or relatives and advise them on the good practices of preventing dengue, it said.

The Resident Welfare Associations (RWAs) will be asked to come together and help in the fight against dengue and promote the campaign.

Many celebrities and social media influencers will also take part in the campaign by recording a video of themselves on following the good practices advised during the campaign and subsequently sharing it through their social media channels, the statement said.

Neighbourhoods will be encouraged to follow the good practices of preventing dengue and promote them in their surrounding areas, it said.

Offices will be encouraged to follow the good practices of preventing dengue and promote them in their offices and surrounding areas, it added.