NEW DELHI: The Delhi government’s 10-week anti-dengue campaign kicksarted on Sunday, with CM Arvind Kejriwal checking his house for stagnant water.
The campaign seeks to build greater awareness on prevention of vector-borne diseases in Delhi.
“Honourable chief minister Arvind Kejriwal kickstarted the anti-dengue campaign by removing the stagnant clean water at his residence. He said that like last year, two crore Delhiites will come together to make this initiative successful and to defeat dengue,” the Chief Minister’s Office tweeted.

Sisodia tweeted in Hindi, “Often we feel that there is not a single place in our house where there is stagnant water but if you take 10 minutes to check properly, you will find stagnant water somewhere. That’s why it is important to join the #10Hafte10Baje10Minute campaign – to protect your family from dengue @ArvindKejriwal.”
Kejriwal also took to social media to urge people to participate in the campaign.
“Last year, two crore people of Delhi had defeated dengue. Let’s start the next 10-week battle against dengue from today At 10 am, I will check my house whether there is any stagnant water. You must also. We have to defeat dengue again this time,” he said in a tweet in Hindi.
The campaign, which began on September 6, will continue every Sunday.
The “10 Hafte 10 Baje 10 Minute” campaign last year had garnered the support of many celebrities as well as officials of the government and other autonomous bodies.

Due to this mass campaign last year, which was launched in September too, there were only 2,036 reported cases and two deaths due to dengue, as compared to 2015, when the dengue cases were 15,867 and there were 60 deaths, the government had claimed.
Kejriwal had appealed to Delhi ministers, MLAs and the citizens to begin the mega campaign from their own homes and spend 10 minutes every Sunday to make sure there is no stagnant water in their homes and surroundings. 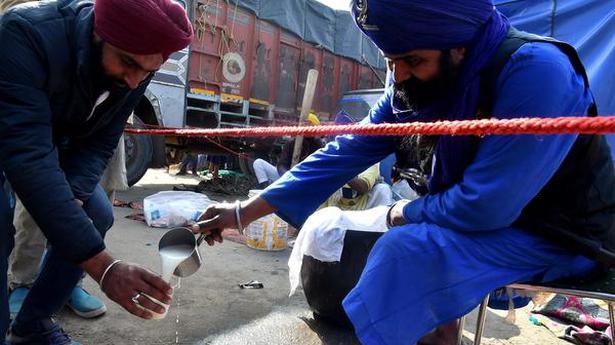 Leaders of many groups join fast in solidarity with farmers