NEW DELHI: Civil society members Harsh Mander, Yogendra Yadav, Umar Khalid and others on Friday alleged that Delhi Police was trying to falsely implicate activists who participated in anti-CAA, NRC and NPR movements as the masterminds of the communal violence that took place in northeast Delhi in February.
In a virtual press conference, the activists released a statement signed by 1,000 people, including academicians and researchers from across the world, stating that “the supporters and participants of the protests continue to be summoned by police, harassed and subjected to long interrogations”.
The statement also alleged that many functionaries and supporters of BJP, who were seen inciting people and making hate speeches, had been let off.
Mander, activist and founder of Karwan-e-Mohabbat, claimed that the conspiracy behind the violence was “to punish and crush” the largest non-violent movement in Independent India.
Swaraj India chief Yogendra Yadav alleged that Delhi Police’s investigation was itself a conspiracy. “Many of those arrested were initially in different FIRs. It was only after they secured bail in the cases for which they were initially arrested that police implicated them in the conspiracy case under UAPA. Is this a ploy to keep protesters in jail for long periods without the need to provide evidence or frame charges?” he asked.
DU professor Apoorvanand said that on February 25 Press Information Bureau had called the riots spontaneous. “However, just a few days later, the home minister contradicted his previous statement and stated in Lok Sabha that the riots were a pre-planned conspiracy,” he added.
Khalid and Delhi AISA in-charge Kawalpreet Kaur, both summoned by police in connection with the riots, asked, “Why is the chronology by police silent on the two incidents of shootings on protesters at Jamia Millia Islamia and Shaheen Bagh on January 29 and February 1?” They claimed that the police’s action “erodes public faith in rule of law and chokes democratic dissent.”
Delhi Police refused to comment on the allegations. 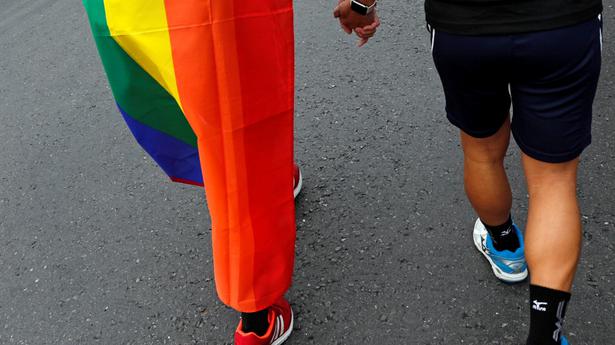