Less than 24 hours after an elderly woman, who lived with her differently-abled daughter, was murdered, the Banaswadi police arrested the victim’s neighbours, a 75-year-old man and his daughter for the crime. The father-daughter duo allegedly murdered Kanthamma to rob her jewellery to repay the loans they had taken for medical expenses. The police recovered four gold bangles and a pair of gold earrings that they had sold to a gold loan company.

The incident took place on September 1. According to the police, the accused John Joseph, an unemployed wall painter, lived with his daughter Merlin, 48, a domestic help and single mother.

“Merlin had borrowed ₹1.5 lakh to pay for Joseph’s medical bills as he was suffering from various ailments. Over the last six months, the money leaders had been demanding repayment of the loans,” said a senior police officer.

As Merlin did not have money, the duo decided to rob their neighbour Kanthamma, 70, who lived with her mentally challenged daughter Manjula, 45.

“The accused knew that Kanthamma owned four houses. She lived in one of the houses and gave the others on rent. Her other children are married and live in Bengaluru. The duo planned to kill Kanthamma to take away her gold,” said Banaswadi Inspector Jayaram H.

Merlin offered to help Manjula get an Aadhaar card. On September 1, she went to their house. The two women left to get the paperwork done. A few minutes later, Joseph gained entry into the house. Kanthamma was in her bed. “He pushed her from the cot and strangled her to death. He took her gold jewellery and immediately sold it to a gold loan company for ₹1.8 lakh,” said the police. 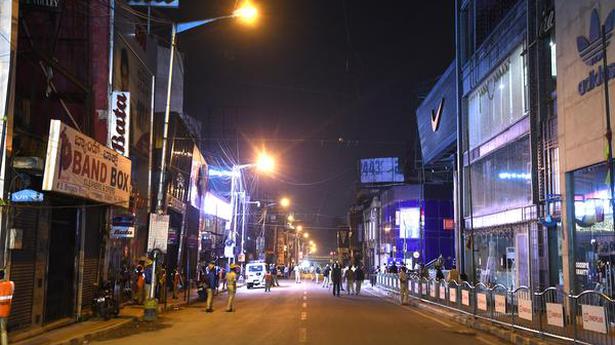