A video purportedly showing two men in a car _ at least one of whom is seen with a glass of liquor in his hand _ abusing and threatening a couple in west Delhi’s Paschim Vihar was widely shared on social media, prompting the police to arrest the two suspects and seize their vehicle.

The widely-circulated video also led Delhi deputy chief minister Manish Sisodia on Friday afternoon to direct the state excise department to crack down on cases of consumption of liquor in public places.

Delhi Police is yet to share the circumstances of the incident or the details of the arrested suspects. But a 45-second video shot by the victim couple and shared on social media showed one of the men holding a plastic glass with liquor in his hand on the passenger’s seat of the car, while the other man is at the wheel. The incident had occurred at around 11.15pm on Wednesday.

The couple can be seen referring to their perpetrators’ drunk-driving and trying to record the car’s number, while the man holding the liquor glass is hurling abuses at them.

The video showed one of the men getting out of their car and banging on the window of the victims’ vehicle.

Later, one of the victims posted the small clip on social media with a caption that described how the duo was drinking openly on the road and itching to pick a fight.

Delhi Police has identified the arrested accused as Karan Chopra (36) and Satpreet Singh (35), who live in Paschim Vihar.

“We contacted one of the victims over the phone, recorded his statement and registered a case of wrongful restraint, criminal intimidation and making gestures and using words to outrage the modesty of a woman under the relevant sections of the Indian Penal Code (IPC),” said a statement from the Delhi Police.

Later, A Koan, deputy commissioner of police (DCP) (outer district), Delhi Police, tweeted to one of the victims that a first information report (FIR) was registered and the suspects were arrested. “Thanks for bringing it to our knowledge … committed to keeping Delhi safe,” the DCP further tweeted.

However, the DCP did not respond to calls by HT. On Friday morning, Sisodia tweeted: “Open consumption of liquor is a crime in Delhi. I have directed the excise commissioner to take strict and exemplary action. Hope Delhi Police will also take strict action. Let’s establish that ‘car-o-bar’ can result in ‘behind bars’ ”.

The state government’s excise department has enforcement teams to crack down on such violations. The violation can attract a penalty of up to Rs10,000 under the Delhi Excise Act, 2009. 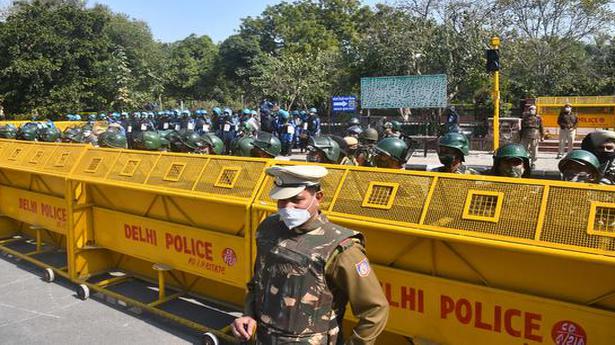 Caste-related crimes on the rise in UP: AAP – delhi news

Man dies as car catches fire after colliding with truck