A fact-finding committee of Citizens for Democracy headed by retired judge Justice Srikanth D Babaladi, which visited the recent riot affected areas of K G Halli and D J Halli in Pulakeshinagar constituency in Benglauru, has claimed that “the riots were pre-planned and organised and the mob has specifically targeted certain prominent Hindus in the area.”

The committee members submitted a fact finding committee report to Chief Minister B S Yediyurappa on Friday and the Chief Minister assured to convene a meeting with the Home Minister, and Bengaluru Police Commissioner and other top police officials of the City and initiate appropriate action.

Congress MLA Akhanda Srinivas Murthy’s house was gutted and four people killed in police firing following the violence. The government has ordered a magisterial probe in to it.

The 49-page report found that “the entire incident qualifies to be a riot against the state with the motive of reducing the faith of common people in the State.

After interacting with several victims, police and prominent people of areas, the committee consists of retired bureaucrats, journalists, advocates, professors and social workers, said that “it could be seen from the FIRs and certain interactions with the victims, that local people were also involved in carrying out this riot.”

“The committee is of the opinion that the locals were not only involved in execution but were also aware about it in advance,” it said. Despite attempts being made to project the same as political rivalry, it was communally motivated, the report claimed.

“The Committee is of the opinion that SDPI and PFI are involved in planning and execution of this incident,” it said.

Based on the observations, the Committee recommended that all the costs that have been incurred by the State and private persons have to be recovered by attaching the property of the rioters.

It is imperative for the state to investigate the incident holistically and not consider them to be isolated and local.

It said the funding received by individuals and religious extremist organisations who are involved in anti-social activities be tracked and continuously monitored by involving the NIA.

It suggested establishment of cyber dome so as to ensure that social media is not used for hate mongering against any religion, race, class, sect etc.

It is recommended that drug menace be curbed with iron fists.

With the abolition of Section 66A of Information Technology Act, 2000, a mechanism has to be evolved to prevent and prosecute derogatory, abusive and hate content targeting any religion, race, class, organisation or sect of people, the committee recommended. 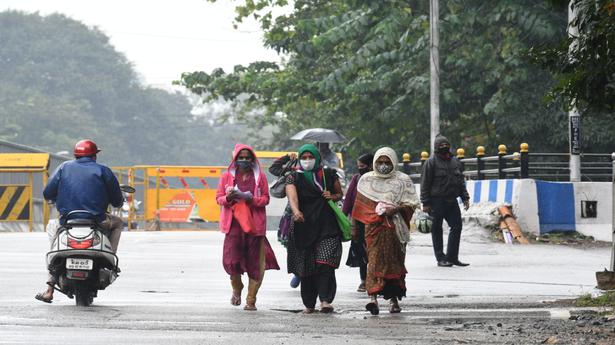