Kiran Shruthi D.V., an Indian Police Service probationer from Chennai, was the cynosure of all eyes on Friday as she is the fourth women in the history of National Police Academy to command the Dikshant Parade, considered to be the prestigious honour for any IPS probationer.

She also won the Prime Minister’s Baton and the Home Minister’s Revolver for being the best all-round probationer officer of the 71st batch of IPS, apart from several other trophies. She was allotted home cadre (Tamil Nadu).

SVPNPA Director Atul Karwal presided over the Dikshant Parade and formally inducted the probationers into the mainstream, after nearly two years of strenuous training.

Mr. Karwal said that Prime Minister Narendra Modi would interact with the officers  online after the parade.

The three other women officers who led the parade in the past are Laxmi Singh, Isha Pant and Shalini Agnihotri of the 2000, 2011 and 2013 IPS batches respectively.

Meanwhile, marching in step and taking a pledge to serve the nation in one voice, 131 IPS probationers, including 28 women, of the 71 RR (2018 batch) graduated from the Sardar Vallabhbhai Patel National Police Academy (SVPNPA), Hyderabad.

Passing Out Parade is a cherished and unforgettable event in the life of a police officer.

It is a culmination of a phase of rigorous training, and the beginning of yet another challenging journey, he said.

“This is the moment which gives a sense of accomplishment, pride and happiness and at the same time a feeling of excitement for what now lies ahead,” the director said.

Congratulating the young officers after presenting the trophies to the winners, Mr. Karwal said: “you all have made us especially proud when you led from the front in the field in your District Practical Training during the Corona pandemic.”

“But, that was only the beginning. The nation has high expectations from you and I’m confident that you will rise to the occasion each and every time,” he said, adding that the training at the academy would surely bring out the best in every officer.

He said that the officers were expected to be above any personal considerations and work for the safety and security of the citizens, and of their own force as well. “Your own comfort will come last in each and every time,” the 1988 batch IPS officer of Gujarat cadre said and later paid his respects at the martyrs memorial by laying a wreath.

“When you discharge your duties through the length of your career, do not forget for a moment, the ultimate sacrifice by the freedom fighters, uniform personnel and all patriots for this nation,” he said.

Mr. Karwal said that Union Home Minister Amit Shah conveyed his best wishes to all the officers and exhorted them to serve with sincerity and integrity for fulfilling the smart police vision of the Prime Minister Narendra Modi.

A slice of home, delivered- The New Indian Express 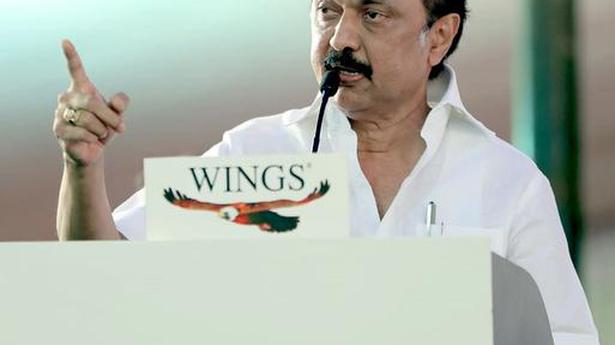 ‘People can differentiate politics from spiritualism’