Nearly a month after Bengaluru riots, the Bengaluru Police on Tuesday carried out raids on the radical Islamic organisation Social Democratic Party of India (SDPI), whose members are accused of instigating Muslim mobs during the riots that occured on the streets of Bengaluru on August 11.

According to the reports, the Central Crime Branch (CCB) on Tuesday carried out raids at the three offices of SDPI that are located in DJ Halli, KG Halli and Halsurgate areas of Bengaluru.

“The searches were conducted at the DJ Halli, KG Halli and Cubbonpet offices of the party after duly obtaining court warrants,” said Sandeep Patil, Joint Commissioner of Police.

A senior officer of the CCB said that they recovered a few lethal weapons, including a machete and a knife from the party’s Govindapura office in KG Halli. The CCB also recovered a computer, a laptop, an external hard disk, a pen drive from the SDPI’s headquarters.

The CCB police officer said that they also found a book on the anti-terror law UAPA, banners and pamphlets against the CAA and the NRC at the spot.

Reportedly, the SDPI members had kept such lethal weapons as they were involved in settling land and other disputes.

“Cyber experts will check the computer, the laptop, the hard disk and other seized items. A few files, videos and pictures were deleted from the computers,” the officer said.

The members of the notorious Islamic organisation SDPI are alleged to be the instigators of Bengaluru riots on the streets of the garden city, which led to the death of four people and injured more than 60 police personnel. The Bengaluru police have arrested about 30 SDPI members for their alleged role in provoking the Muslim mob to go on a rampage, leading to arson and violence in the area.

The Karnataka police have also invoked the Unlawful Activities (Prevention) Act (UAPA) against at least 61 accused in the Bengaluru riots case.

Former Karnataka Chief Minister Siddaramaiah on Wednesday indirectly blamed the Bengaluru police and the Congress MLA’s relative Naveen for the riots. The former CM stated that the riots could have been avoided if the accused Naveen, who had made the alleged FB post, was immediately arrested by the police.

Taking to Twitter, Siddaramaiah, in an effort to appease Muslims, accused the Bengaluru police of acting late during the arrest of Naveen. “This could have been averted if police had taken swift action against Naveen,” said former Chief Minister of Karnataka.

Many are arrested for orchestrating violence in the DJ Halli. Police should gather evidence and pursue the case. Release those people against whom there is no evidence. Innocents should not be framed and at the same time real culprits should not be let off.

Further, the senior Congress leader also demanded the release of rioters against whom Bengaluru Police have registered a case. The Congress leader claimed that the police should first gather evidence and pursue the case. Till then, the rioters should be released against whom there is no evidence, he added.

On August 11, a Muslim mob went on a rampage and unleashed brutal violence and arson in Bengaluru over a Facebook post that was allegedly derogatory to Prophet Mohammad. The Muslim mob hit the streets near DJ Halli and KG Halli police station areas on Tuesday evening and attacked a Congress MLA’s house after one of his relatives had allegedly made a derogatory Facebook post.

More than 60 police personnel were injured in the stone-pelting and the subsequent riots unleashed by the irate Muslim mobs. At least 10 vehicles, including Innovas of two DCPs, were damaged in front of the stations. The mob also set fire to the vehicles in front of the DJ Halli police station.

During the pre-planned attack, the Muslim mob, carrying petrol bombs and other weapons, also barged into the nearby police quarters and attacked the premises. The Muslim mob was seen raising Islamic slogans like ‘Allah-hu-Akbar’ and ‘Nara-e-Taqbeer’ outside the police station. 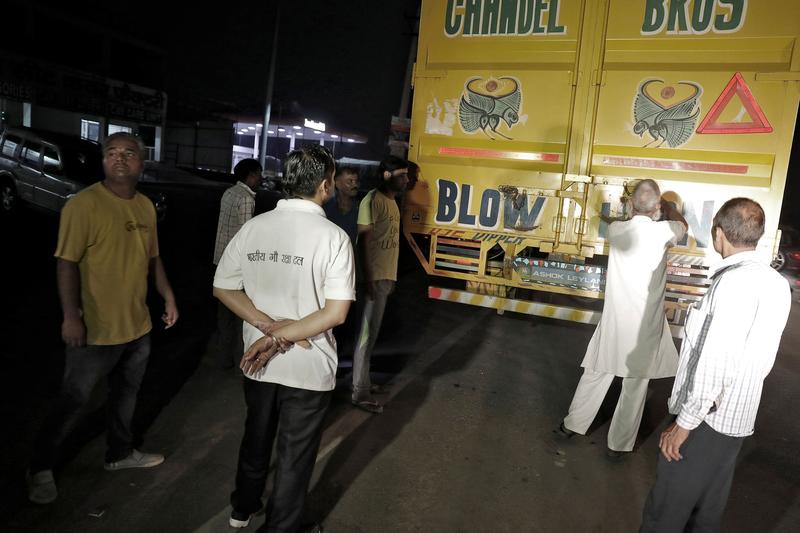