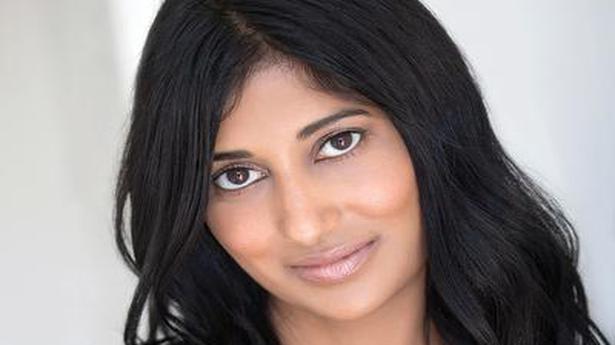 When she rang them up to convey her decision to quit a lucrative career in private equity to pursue stand-up comedy, Ambika Srinivas got a response characteristic of Indian parents.

“My mom told me ‘Oh, I thought you were calling to tell me that you have finally found a husband!’,” she laughs.

The Vancouver-based stand-up comic, who goes by the stage name Ambika Vas, is now a recurring face on Indian television thanks to her stint as a ‘foreign correspondent’ on the political satire show, The Week That Wasn’t, hosted by Cyrus Broacha.

Reporting from her home (because there is a pandemic raging outside), Ambika offers short takes on the happenings in the West, particularly US politics, in pre-recorded videos to which Cyrus injects his own brand of humour.

Switching careers in your thirties is an improbable task for anyone no matter one’s background or line of work. It was no different for Ambika.

“It wasn’t just that I was leaving a traditional job but I was going to pursue one of the most difficult paths there is. But if I didn’t do it, I would always wonder,” she says, adding that her parents are her biggest supporters now. “To any person they meet, they ask ‘Do you know someone in Hollywood who can help my daughter?’,” she laughs.

Ambika, who identifies herself “three-fourths Tamil” — her parents split time between Mumbai (where she grew up) and the Nilgiris (where they live now) — calls acting and comedy her lifelong passion.

“Even when I was working, I was taking acting classes and doing improv and comedy on the side.” Her earlier career offered her a globetrotter’s life; she studied in Singapore, moved to London for work where she explored investment opportunities in African countries for her employer.

Interestingly, she quit the day after she was promoted at work because, in her words: “I got my bonus and so I would have money to live off…” she laughs. Besides, watching an actor friend of hers get a breakthrough with the critically-acclaimed show Atlanta nudged her to make up her mind. “It was also the same year that La La Land had come out and it was also about chasing the dream,” she adds.

Ambika conceived a stand-up skit called ‘The One Woman Show’, which she performed during a comedy event in New York a few years ago. During the trip, she also made sure to watch The Daily Show with Trevor Noah live as an audience member.

“The Daily Show and Last Week Tonight with John Oliver are shows I watch religiously. I absolutely love them and study them to observe how they write jokes,” she says.

Soon, the comedienne started conceiving short comedy skits that she then uploaded via her YouTube channel and on Instagram. This caught the eye of Cyrus Broacha and thus started her association with The Week That Wasn’t.

“What is perfect about this is that my first big role on TV is in India, and like all my parents’ friends who thought that I was crazy for switching careers, they now get to watch me on TV,” she laughs, adding, “It is the kind of perfect solution for the desi parents thing.”

Besides her commitment with The Week That Wasn’t, Ambika is also pursuing acting opportunities and is writing scripts that are not comedies. While she first stepped into the entertainment scene with a stand-up skit, Ambika is certain that she intends to put out more political satire-based content.

“It is something I enjoy. Between stand-up and satire, I prefer the latter. It is the area where I am able to create content quickly and frequently. I have done stand-up videos but I don’t feel they are so different [from what others do],” she laughs.

In memory of her child, woman gifts doctor to TN- The New Indian Express