The Delhi High Court on Monday issued a notice to Health Minister Satyendar Jain on a plea by BJP leader S.C. Vats challenging the former’s election to the Legislative Assembly for allegedly indulging in corrupt practices.

Justice Mukta Gupta also issued notices Mr. Jain, Returning Officer, Chief Election Officer and three other candidates who had contested for the same constituency and asked them to file their responses within four weeks. Mr. Vats lost to Mr. Jain in the 2020 Delhi Assembly elections from Shakur Basti constituency here.

In his petition filed through advocate Sahil Ahuja, the BJP leader has sought that the AAP leader’s election be declared as null and void and re-election be done on the seat.

It alleged that Mr Jain after the election process set in motion, “unlawfully, unconstitutionally,” offered, promised to deliver and or actually delivered gifts in the form of a large number of goods to various registered societies and DDA flat complexes. The plea alleged that in Maulana Azad Residents Welfare Association, Mr. Jain promised and delivered one air conditioner, one music system, one computer, two book barrier, 12 cameras, one cement bag, two steek benches and one steel gate.

It sought to declare Mr, Vats to be a successful candidate in the elections held on February 8, 2020, in Shakur Basti assembly constituency being the runner up candidate. The plea has also claimed that Mr. Jain did not disclose his actual expenses incurred during the election campaign and exceeded the cap on poll expenditures. 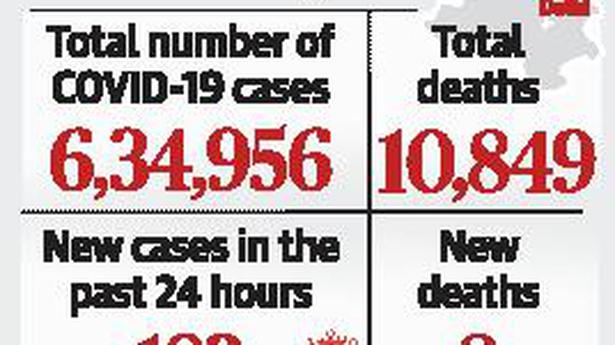 Highest number of healthcare workers vaccinated in one day