Two persons, including a woman (32), have been arrested for allegedly duping investors in the name of lucrative insurance bonus or installation of mobile towers, Delhi Police said.

The two also impersonated insurance and telecom officials, as many forged documents and identity cards (IDs) of such officials were recovered from them along with four mobile phones, a laptop, fake voter IDs, and permanent account number (PAN) cards issued against forged documents, said Delhi Police’s crime branch officials, who are conducting the probe.

The arrested accused were identified as Brij Bhushan Sharma alias Vishal Sharma (34), the kingpin of the racket, and his aide, Neetu Pathak (32).

The duo belong to Modi Nagar in Uttar Pradesh (UP). They were caught on Saturday following investigation into a four-year-old cheating case registered at Uttam Nagar police station in west Delhi following a complaint of an Indian Army personnel. The case was transferred to the crime branch in March 2019, said BK Singh, additional commissioner of police (CP) (crime), Delhi Police.

The complainant, additional CP Singh said, in his complaint had alleged that in February 2016, he had received a call regarding investments in various insurance schemes for lucrative returns. The Army official was convinced that the schemes were genuine and he was tricked into transferring over Rs 25 lakh in various bank accounts, purportedly belonging to two companies, said Singh.

“The culprits vanished after the funds were transferred. Soon, the Army personnel filed a cheating and forgery case,” Singh added.

The case was transferred to Delhi Police’s crime branch at the behest of the Delhi high court (HC) after local police authorities failed to make any breakthrough.

During the probe, an investigating officer (IO), who did not want to be named, said, the probe team examined details of the mobile numbers and bank accounts that were used in the crime. “The call details did not reveal much. The bank accounts were opened following the submission of fake IDs. While the cheated sum had been withdrawn through cheques and ATMs (automated teller machines),” the IO said.

However, the probe team stumbled upon a vital clue: one of the e-mail IDs mentioned in the account opening form was still operational. The details of the e-mail account were obtained from the service provider and the investigators found a mobile number that was still in use, said the additional CP.

“We caught Pathak, who was using the mobile phone through which she had been accessing the e-mail ID. Her interrogation led to the arrest of Sharma and the recovery of several incriminating documents,” he added.

During the interrogation, Pathak disclosed that she was part of the cheating syndicate and her job was to prepare forged documents such as voter IDs through which she applied for PAN cards. She also operated the fake e-mail IDs created in the name of the two fictitious companies. Sharma’s role was to call the potential investors and lure them into their web, said the additional CP.

The police said that Sharma used to work as a tele-caller in a call centre and Pathak worked in another office close to him.

In 2013-14, the two along with their other associates — Dushyant Bhardwaj, Krishan Sharma and Saurabh — had started a fake call centre from a rented space in Ghaziabad in the national capital region (NCR).

“They cheated many people on the pretext of insurance bonus, tower installation and other lucrative offers. The gang was disbanded in 2016 after the police went after them. However, Sharma and Pathak stuck together and kept on cheating people,” said Singh.

Now, a hunt is on for the other members of the cheating syndicate, the police added. 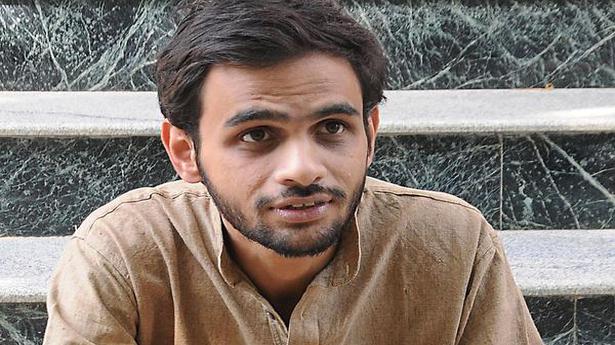