On one recent evening, after a heavy downpour, one of the Lodhi Garden lawns filled up with water like a reservoir. To stand by it was like being in that fabled Lake District of England, mostly identified with poet William Wordsworth.

By the next day the water had drained off. The lake seemed to be but a mocking dream.

But there’s a place in the heart of the city that is a lake all year long. It is an experience to walk around the lake—or Hauz—in south Delhi’s Hauz Khas Village, and something has to be said about going there at this time of the year, when the monsoon is still lingering on, and the clouds play hide and seek with the sun throughout the day. In the evening, this playfulness is made sublime by the many shades of light produced by the marriage of the setting sun with the wide array of irregularly shaped clouds—the borders of those clouds then glow with fire, the gaps between them permeated with smouldering shades of pinks and blues. These intense colours fall on the surface of the lake, making it a kind of impressionist painting that no painter could have rustled out in real life.

This evening the lane circling around the lake is teeming with joggers from Green Park and Safdarjung Enclave, along with many monkeys, boldly sitting on the park benches and fences, watching the equally fearless humans go by. There are also ladies with dogs—one woman is met walking with her little dog, Barfi, under the arm.

But a mere fleeting glance towards the water transports you far from all this crowd. All you can see is the sprawling lake, lit up with the lights of the dying day, with its glassy surface reflecting the clouds, the setting sun, and the birds flying overhead. Sometimes there is sudden trail of milky froth forming up on the water by a travelling duck—the lake is home to a cluster of these waterfowls. In one corner of the lake, curious walkers throw bread pieces into the water to see the surface suddenly getting dark with scores of tiny fish rushing on to claim their bites.

Hauz Khas is situated firmly inside Delhi but its lake looks remote. Maybe because it is surrounded by trees to great distances, with no sign of any tall building pricking the horizon. You feel like you’re standing in one of those pristine watery places in summer-time Canada, whose photographs often pop up in the old issues of the National Geographic magazine.

Don’t leave the lake until it gets dark. As the sun is about to quit, station yourself on the side of the lake that is closest to the walls of the Hauz Khas Village. From there, you get a straight view of the dipping sun, with the water aglow. You wish the scene could last forever. But suddenly it’s dark and you are left discontented. 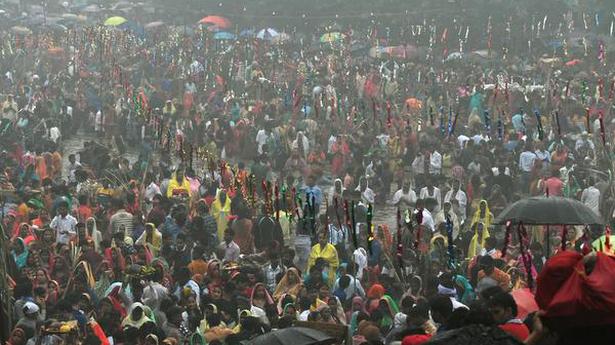