Unlike typical desk jobs where one could pack up their laptop and embrace the work-from-home culture when the growing coronavirus emptied out offices and institutions, remote work for archivists can be tricky and almost unfeasible in a line of work that requires physical access to the fragile pieces of history in their care.
When filmmaker and archivist Shivendra Singh Dungarpur had to shut down his Film Heritage Foundation overnight in March, he had little idea of how the weeks would stretch into months.
Although most of the films were in their temperature-controlled vault, the mains had to be switched off, given the risk of letting air conditioners and dehumidifiers run unattended for a long time. As the lockdown became more prolonged and summer set in, the anxiety about the moving image artefacts kept gnawing. “We knew it could have a devastating effect on the collections,” said Dungarpur. Unable to control his anxiety, Dungarpur decided to open up the archive after four weeks. His fears weren’t unfounded. “It was like a sauna with the temperature at a fiery 32 degrees celsius and humidity at 65%,” he recalls.
“When we opened the compactors, we discovered that some of our precious nitrate photo negatives of film shoots from the 1930s had crumbled to dust and a few film reels had undergone the vinegar syndrome causing the film to decompose as a result of the heat and humidity,” he recounted.
With the coronavirus disrupting crucial efforts to preserve India’s cinematic heritage, the Film Heritage Foundation has been rapidly trying to adapt to ways of pursuing their mission of safeguarding close to 500 films on celluloid, over 30,000 photographs, and 10,000 photo negatives apart from posters, lobby cards and song booklets that the archive holds. “These are rare and delicate materials that have to be handled with care for long-term preservation,” says Dungarpur, who braved police and lockdown protocol to walk from his home in Breach Candy to the archives in Tardeo every day. “It was exhausting but I had to run the systems for a few hours, and air, sanitize and sweep the premises.”
Although digitization and online access of the archives has been the focus in recent years, to care for digital copies, its analog versions must be carefully preserved. “If we do not preserve the original celluloid material, we will have nothing to digitize, restore or put online for public access. With digital technology constantly changing there is danger of losing the material because of technological obsolescence,” pointed out Dungarpur whose curatorial team has digitised about 5% of the moving image collection since it began in 2014.
The other problem is funding. Rescue and restoration of cinematic material is an expensive affair and although the not-for-profit foundation built new sources of income through events, exhibitions and workshops over time, the pandemic cancelled everything out. “We are dependent on donations from philanthropists and corporate houses. We see our funds depleting every month in salaries, utilities and rent while several potential donors are now diverting their funds for pandemic relief and their own survival,” rues Dungarpur, who has had to revise their funding proposal to a three-phase approach – an emergency survival fund to see them through the next few months, a digitization project and an expansion plan.
To understand and share the impact the pandemic has had on film archives around the world, the Foundation in association with the International Federation of Film Archives will host the first ever online workshop next month with a focus on the pandemic and how to come together as a community to face it.
There’s always a silver lining to a cloud, though. “Stuck at home in the lockdown, Sandip Ray found a treasure trove of 100 negatives of photographs taken by his father Satyajit Ray and over 1,000 unseen negatives of unseen shoot stills,” says Dungarpur, still hopeful the exhaustion of a virtual environment will eventually lead people back to heritage and culture in tangible spaces. “Even though the situation seems dire at the moment, I’m convinced our resolve to save our film heritage will help us survive.”

BMC warns of action against violation of COVID-19 rules 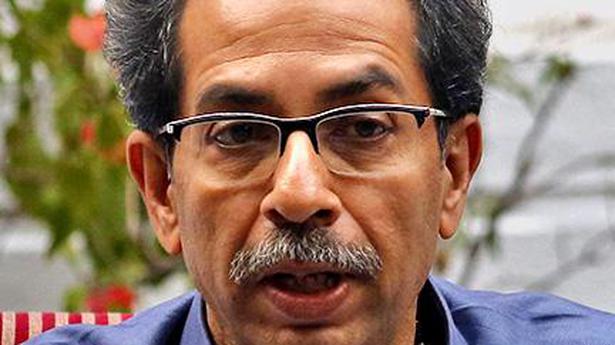