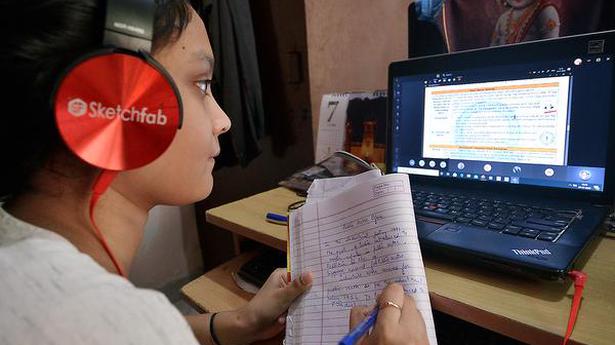 Parents in Gurugram and Delhi are complaining that schools have begun to levy charges other than tuition fee. Government officials, however, say the schools are not authorised to do so during the present health crisis

“Hello fellow parents. I just wanted to know if schools in Gurgaon are now allowed to collect charges other than tuition fees or not. I have come across many parents stating schools are now asking for annual charges too. What is the latest update?? [sic],” read a recent post on an online forum for Gurugram parents. “Can someone guide, Are schools allowed to charge all kind of charges w.e.f. April 2020? [sic],” asked another poster.

Scores of parents promptly replied with their own experiences and many conceded that they have been paying charges beyond the tuition fee. Some said they have been paying annual charges since the lockdown, while others asserted that schools have been asking for infrastructure and development charges as well.

Only a few seemed to have clarity on government directions regarding the matter.

Adding to the confusion, a few schools have generated fee invoices citing a month-old order by the Punjab and Haryana High Court in Sarv Vidyalaya Sangh vs. State of Haryana and others.

As per the court order, disposed of in terms of Independent Schools’ Association (Regd.) & others vs. State of Punjab and others, schools are entitled to collect the tuition fee, irrespective of whether they offered online classes during the lockdown or not.

The court also allows the schools to collect admission fee and “their actual expenditure incurred under the annual charges for the period the school remained closed, including actual transport charges and actual building charges”. The court order further asks schools not to increase fee for 2020-21 and adopt the same fee structure as of 2019-20.

“The director of the Education Department is also party to the High Court case and there are no fresh directions from his office contradicting earlier orders on tuition fee. All other charges have been deferred till the time schools open. However, the Haryana government has allowed schools to bar students from online classes in case the parents refuse to pay the tuition fee,” Capt. Boken clarified.

Capt. Boken claimed that more than 500 complaints have been received from parents since the lockdown and all of them were settled to the satisfaction of the complainants.

Any complaints can be forwarded to the Fee and Funds Regulatory Committee headed by the Divisional Commissioner.

“In all cases, the schools agreed to adhere to the government directions after being served notices by the Education Department. However, in case of Pathways World School in Aravali, we had to write to the director seeking action. But the parents later moved the court,” said Capt. Boken.

She added that parents from Heritage Xperiential School and Pathways World School had complained about charging of a “composite fee” and refusal to share the break-up giving the tuition fee.

“It is clear that schools can only charge tuition fee. After we approached Heritage Xperiential School, the parents were allowed to make payments as per their convenience,” said Capt. Boken.

Haryana Education Minister Kawarpal Gujjar told The Hindu that the government had written to the Advocate General of Haryana, and will soon file an appeal against the High Court order before the Division Bench.

Counsel for Haryana School Parents Welfare League, an intervener on behalf of parents’ association in the case, Pardeep Kumar Rapria said as per rule 14.2 of the CBSE affiliation by-laws, unaided school maintain a reserve fund and this should be used to meet the present crisis instead of charging the parents.

He argued that the court order was seen as a “relief to private schools”, but it actually was not. “Even a static bus costs ₹52,607 per month to a school owing to salaries of drivers, conductors and maids; and host of taxes. Similarly, schools have to pay minimum electricity charges for the sanctioned load running into thousands of rupees,” said Col. Singh.

He added that the court had prohibited an increase in fee this year and this itself had reduced the burden for parents by 10-15%. “The government thinks parents are the losers as they are making noise and do not want to make payment,” said Col. Singh.

“The school have no other source of income for revenue except the fee. Budget schools are suffering,” he said, while asserting that composite fee was a “legal term” and schools were justified to charge under this component.

Parents in Delhi have also been complaining about schools charging fees apart from tuition, including earmarked levies such as transportation, annual and development charges. In an order issued on April 18, the Delhi government said that schools can only charge tuition on a monthly basis during the lockdown.

Aprajita Gautam, president of the Delhi Parents’ Association, said: “This month, we started receiving numerous complaints from parents that private schools have started charging fees apart from tuition. Schools are justifying this by saying that unlock orders have been issued.”

She added that schools were trying to violate Delhi government orders by finding loopholes and were not being taken to task.

She added that the association has sought a meeting with Chief Minister Arvind Kejriwal to discuss the issue and that they have prepared a list of schools that have started hiking school fees/charging fees under different heads in violation of the order issued by the Directorate of Education.

Two arrested for shooting at constable