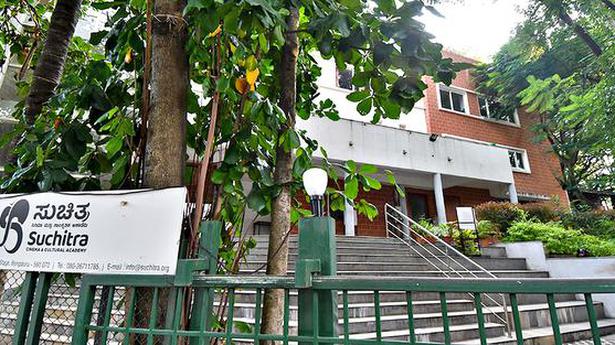 The society, which enters its 50th year, will also revive film festival apart from holding a host of workshops

Bengaluru’s Suchitra Film Society, which completed 49 years on August 28, launched a yearlong golden jubilee celebration on Saturday as it entered it’s 50th year. Only four other film societies have achieved this feat in the country.

Suchitra Suvarna Sambhrama will feature two international film festivals and the start of a film school, apart from a host of workshops, retrospectives of auteurs among other programmes through the year. Filmmaker Girish Kasaravalli has been roped in to chalk out the programme for the yearlong celebration.

“It should not only celebrate the achievements of the past five decades, but also try to provide insights into film as a medium and look at how the film society can meaningfully contribute to the industry in the future,” Mr. Kasaravalli said.

There are also plans to start a film school. “An announcement will be made in January and classes will begin from the next academic year. The school shall offer a one year diploma course and a two year PG diploma course,” he added.

H.N. Narahari Rao, one of the founding members of the society in 1971, has suggested that a digital film library be established in the society. Reminiscing the origins of the society, he said Mayura Film Society that began in 1969 in the city was so active and popular that bagging a membership was a Herculean task. “When I asked the founders of Mayura Film Society for a membership, they suggested we should start a society of our own. And so Suchitra was born,” he said.

Historically, film societies played a key role in providing accessibility to international films, but that is no longer the case. “With access to films almost free, film societies have moved to curation, appreciation, film perspective and education worldwide. Suchitra made that shift in the early 2000s,” said N. Vidyashankar, artistic director, BIFFes and a Suchitra veteran.

But what has remained a big challenge is a gap between the film society, the audience and the Kannada film industry.

Services on extended metro line on Kanakapura Road from Friday