A survey on the deteriorating air quality in Smart Cities in Maharashtra has pointed out that there is poor convergence between civic bodies and Smart City Corporations on air quality plans prepared under the National Clean Air Programme (NCAP) and the Smart Cities Mission.

Parisar, a Pune-based NGO, prepared the report after surveying six Smart Cities — Pune, Nashik, Aurangabad, Nagpur, Thane and Solapur — last year. Authored by Sharmila Deo, Shweta Vernekar and Ranjit Gadgil of Parisar, the report said though it was mandatory for each city to report on their air quality under the Smart Cities Mission, there was no logic as to why the civic bodies in the cities proposed certain projects, ostensibly to improve air quality.

The Central government launched NCAP in January last year to address the issue of urban air pollution. The main intent was to reduce particulate matter pollution by 20-30% by 2024. It said, “While a few air sensors (to monitor air pollution) have been installed in some of the cities surveyed, there is no clarity whatsoever on how the data generated by these sensors is to be utilised.”

The report said the project structurally lacked the capacity to fundamentally conceive and execute “smart solutions”. Ms. Deo, one of the authors, said, “Our engagement with these Smart City corporations gave us the impression of them being consultant-driven and often disconnected from the urban local body. They did not appear to have the capabilities to address multi-sectoral problems like air pollution.”

Ms. Deo said the focus of air quality management in these cities was largely on displaying air quality as a single numerical entity and a ‘colour code, setting up low-cost monitors and generating data. However, the six cities did not necessarily think about how to use this data to formulate a plan to tackle the problem of air pollution.

She said, “Similar is the situation with the action plans made by cities under the NCAP. The action plans are very generic and not city-specific. It is only ‘smart’ to first find out the sources of pollution in a city and then strategically tackle the largest pollutant source.”

The reports singled out Pune as a glaring example of non-convergence between the local civic body and the Smart City Corporation. “When the Pune Smart City Corporation decided to install low-cost monitors, neither the civic body nor the Indian Institute of Tropical Meteorology was consulted at the time of purchase or setting up of these monitors. As a result, as many as 50 low-cost monitors lie severely underutilised because there is no authority who can ratify their data.”

The authors observed that while their study was focused on air quality, there was a general pattern of lack of transparency in civic bodies surveyed about the data on projects under the Smart Cities Mission.

Ms. Vernekar said, “A key characteristic of a ‘Smart City’ is its reliance on data and technology-driven solutions. We found this completely missing in the cities surveyed, given that we had a tough time in securing any data on projects, their respective status, funds spent on them and so forth.”

She said while Smart Cities were supposed to bring data and transparency to urban development projects, there seemed to be no clarity on what data was being collected, where it resided or how citizens could access it to help improve the functionality of the city.

Ms. Vernekar said, “In fact, we found no systems in place. Procuring even basic information boiled down to personal visits and the need to resort to Right to Information applications, which generally drew a blank.”

Mr. Gadgil said during the survey, several people attested to the lack of information available to the public and pointed out the opacity in which Smart City Corporations operated. He said, “In our interviews with citizens, they generally complained of the absence of any accountability, revealing a sense that the Smart City Corporations had utterly failed to deliver on their promises.” 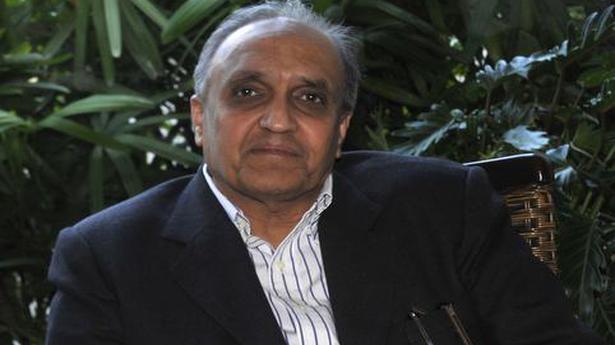 ‘It is disheartening’: MI head coach Jayawardene explains why no Sri Lankan player will play in IPL 2021