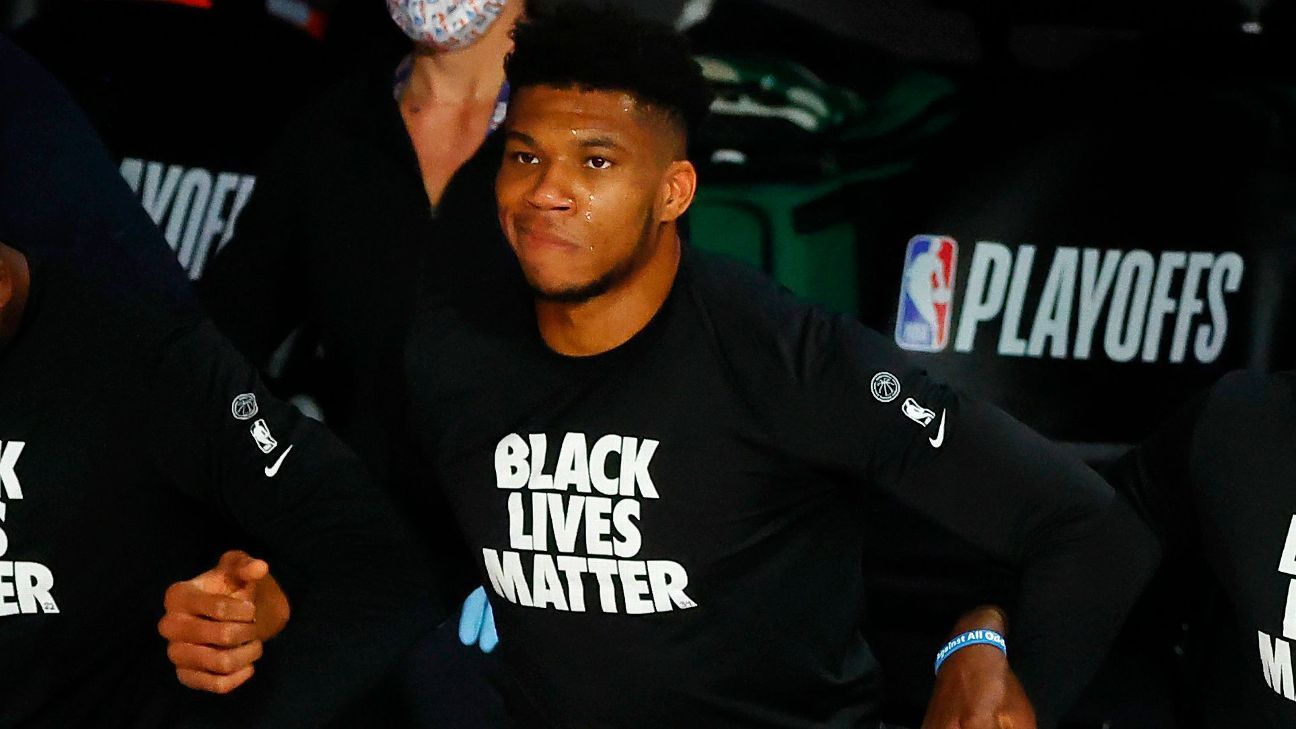 LAKE BUENA VISTA, Fla. — As Jacob Blake Sr. remembers it, barely any time had passed from the time the Milwaukee Bucks decided not to play their game Wednesday in protest of the shooting of his son by the police to when his phone rang and the Bucks were on the line.

He had just left the hospital after visiting his son, also named Jacob Blake, the 29-year-old Black man who was shot seven times by Kenosha, Wisconsin, police officer Rusten Sheskey last weekend. Blake was trying to enter the driver’s side door of his vehicle following an encounter with law enforcement when he was shot in the back.

“Five minutes after they walked off the court, they were on the phone with me,” Blake Sr. told ESPN on Saturday. “It touched me so deeply that I shed tears over the phone. They could hear me crying. Giannis [Antetokounmpo] told me I made him cry in front of the whole team. I didn’t intend to make them cry. They felt me and I felt them. I am the newest Milwaukee Bucks fan.”

Blake Sr., who raised his family in Evanston, Illinois, always considered himself a Chicago fan — diehard for the Bears and the Bulls. But the way Wisconsin’s professional sports teams have treated him and his family this week, after his son was shot 40 minutes south of Milwaukee while the elder Blake’s three young grandchildren were in the back seat of his son’s car, has made him change allegiances.

The Green Bay Packers have footed the bill for a half-dozen hotel rooms so Blake Sr. and other family members can stay near the hospital where his son, paralyzed from the waist down after the shooting, is recovering.

“They have paid for our rooms until my son gets out of the hospital,” Blake Sr. said. “I’ve never worn a Green Bay Packers jersey and I’m asking them to send me one with at least five X’s in it so I can put it on because now I am a Green Bay Packers fan.”

The same spirit that allowed Blake Sr. to poke fun at his weight amid a tumultuous week is allowing him to process how the sports world has stepped up to support his family with gratitude, rather than be overwhelmed by the trauma they experienced.

“They don’t know what they did for us,” he said. “My children are young and they need pick-me-ups. It’s hard for me, sometimes, to motivate them. But these young brothers in the NBA have motivated my family immensely and we appreciate it immensely.”

Following the call with the Bucks on Wednesday, Blake Sr. was invited to virtually join the emergency meeting called by the 13 NBA teams remaining in the league’s Orlando bubble on Wednesday night to discuss their options: continuing the Bucks’ protest and abandoning the rest of the postseason or finding a path to return to play.

While Blake Sr. said technical difficulties cut his video conference call short, he was bowled over by the gesture.

“I couldn’t tell those young fellas what to do; it’s their livelihood, their life,” he said. “But I was just floored that they would even consider asking me what they should do.”

Blake Sr. told ESPN his son is currently “heavily sedated because of the amount of pain that he’s in,” adding, “I believe he’ll be in that situation for quite some time.”

As for his grandchildren — ages 3, 5 and 8 — who witnessed their father being shot at close range, he called them “tough little sprouts” but said they were “confused” by what occurred.

“[We] will work out when they will see psychological help in the near future,” he said.

Blake Sr. urged protesters who are supporting his family to remain nonviolent in their demonstrations.

“I just want people to understand, we’re not buying into any violence, any looting, any burning, any stealing,” he said. “That’s not what changes the world; that’s what destroys the world. Humanity is more important than a jacket, a coat, a hat, a gallon of milk. We need to practice peaceful coexistence. Not ‘turn the other cheek,’ but we can make change happen peacefully. ‘Cause if you slap me once, I know you’re coming back for a second one; I’m not going to let you slap me twice.”

He said that the coordinated efforts by not only the NBA but the WNBA, NFL, MLB and NHL to bring awareness to what happened to his son was “very effective” and came at a time when society was ready for it.

“We know that there are issues going on in our society that are bigger than sports. But we in America idolize our sports heroes,” Crump told ESPN. “They have a voice that can speak louder than many other institutions in America. And for them to use their voice — they can be the remedy of what helps America to finally cure this disease that we have, this sickness, of racism.”

Blake Sr. added that calls from people such as National Basketball Players Association president Chris Paul and the entire Bucks team has been “fuel to keep me going.”

And he said he was bummed to miss a phone call from LeBron James, but he had a flight to catch related to his appearance Friday at the March on Washington.

“Please let LeBron know, I did not mean to miss his phone call, I wasn’t putting him on hold,” Blake Sr. said. “They made me turn my phone off on the plane.” 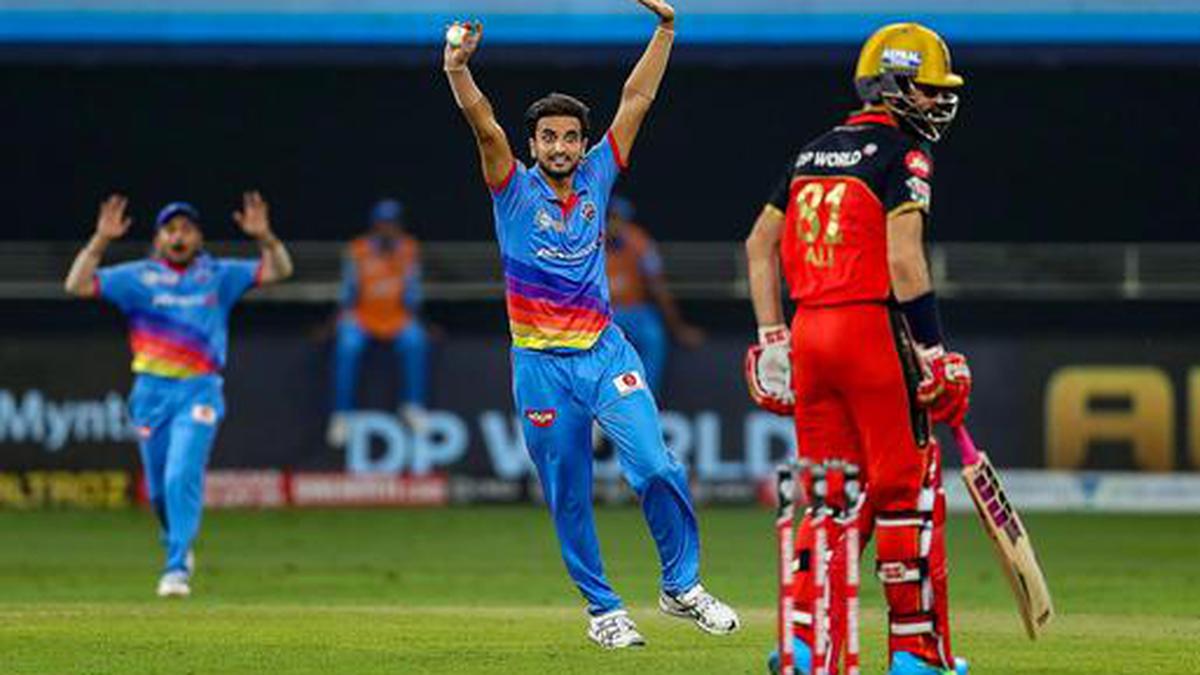 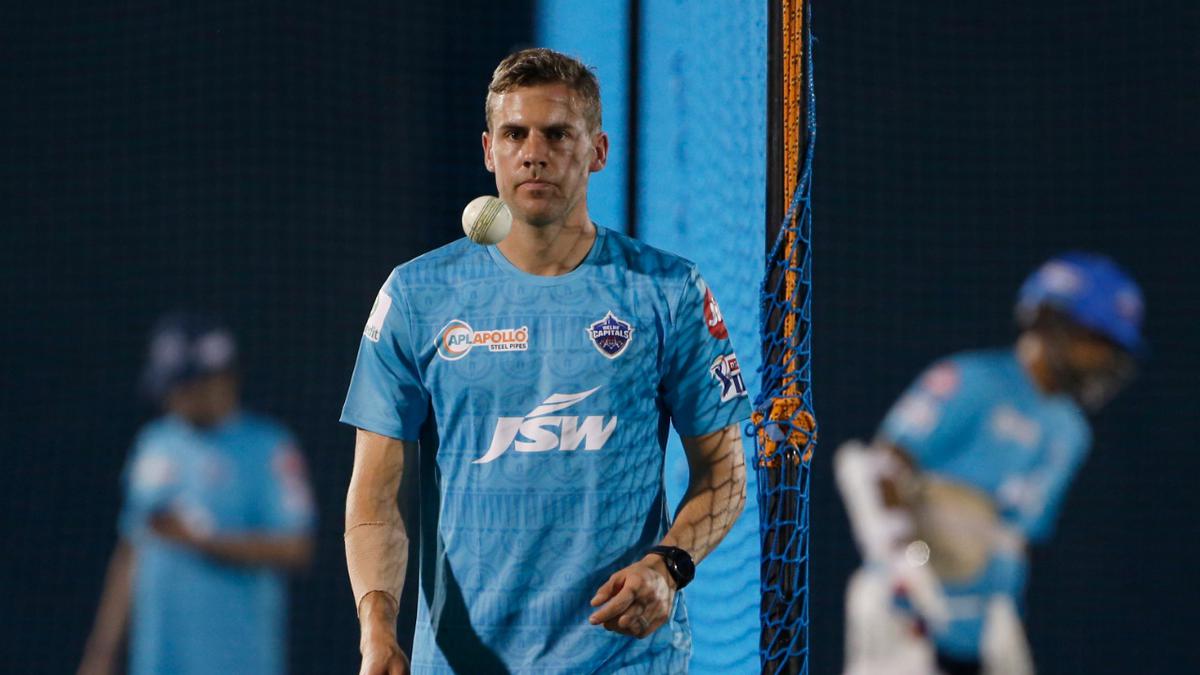 IPL 2020: Training again feels like getting out of prison, says DC pacer Nortje