Kochi (Kerala) [India], Aug 30 (ANI): Prime accused in the Kerala gold smuggling case, Swapna Suresh said that within a few hours after Customs officials seized the diplomatic baggage containing 30 kg of gold on July 5, she and co-accused Sandeep Nair had reached Kochi and stayed there for two days at a hotel in Perumanoor.
Swapna Suresh revealed this in her confession statement to the Customs adding that following the seizure, she along with her family and a lawyer had reached Varkala, from where Sandeep and Swapna, escaped to Bengaluru, from where the National Investigation Agency (NIA) eventually arrested the duo.
Regarding her employment at the UAE consulate, Swapna said she had worked as the secretary to the Consul-General till September 2019 after which she resigned on his directive.
“He was expecting a transfer and promised me to take me with him. Although I had resigned, I was in regular touch with him and he used to avail my services as usual and unofficially,” she said in the statement.
Earlier this month, the NIA arrested four more accused in the Kerala gold smuggling case.
The agency has so far arraigned 25 persons as accused in the case. Of this, 20 have been arrested.
A special PMLA court in Kochi had earlier extended the judicial custody of three key accused in the Kerala gold smuggling case — Sarith PS, Swapna Suresh and Sandeep Nair — till September 9.
The three accused were examined by the special court via video conferencing.
The Enforcement Directorate (ED) had also submitted before the court that it has issued notices to more people who allegedly paid commissions to the prime accused Swapna Suresh. (ANI) 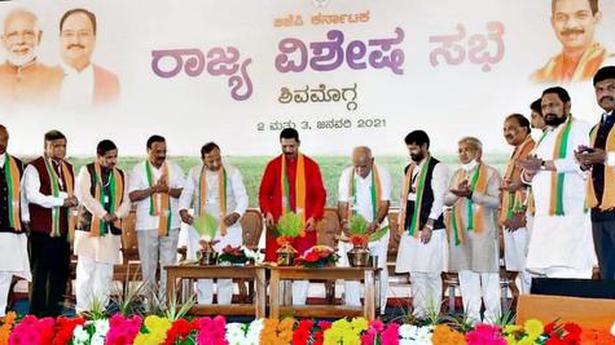