CHENNAI: The Madras High Court has directed the Registrar of Co-operative Societies in the State to postpone the implementation of new system for loan withdrawals by the members of co-operative societies to November 1.

Justice N Anand Venkatesh gave the direction on August 28, while disposing of a writ petition from one P V Saravanan challenging the proceedings dated July 27 this year of the co-operative societies registrar, as per which the withdrawal of loan amounts by the members of societies, who are mainly farmers, has been structured in such a way that they will have to open a ‘Mirror Account’ with the respective district central co-operative bank and the loan amount can be withdrawn only through Kisan Credit Card. This withdrawal will be done from an ATM.

The petitioner’s main grievance was that this system has been introduced all of a sudden and implemented without giving time to the farmers to get themselves prepared for the change. Most of the farmers are not in a position to withdraw loan amounts since July onwards, petitioner pointed out.

Disposing of the petition, the judge said that the petitioner is perfectly right in saying that the system can be implemented only after the stakeholders are given sufficient time to understand the same. Opening of a ‘Mirror  Account’ and operating ATM Card for a farmer cannot be adopted overnight and it requires some time.

“This court thought it fit to request the Registrar to implement the impugned July 27 order from November 1,” the judge said. “In the meantime, opening of Mirror Account and the issuance of ATM cards can take place. The current  procedure adopted for disbursement of loan can continue till the new  procedure is implemented from November 1.” 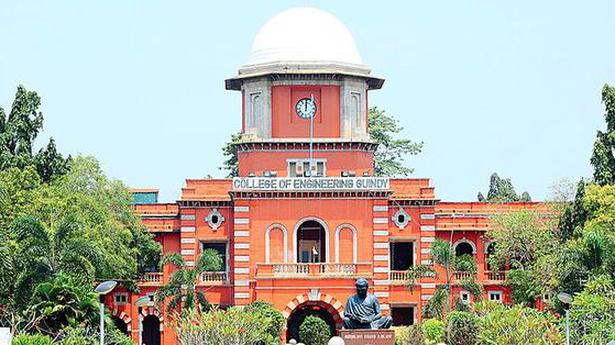 Projectors worth over ₹15 lakh stolen from Anna University