Raigad District Collector Nidhi Choudhary has written to the National Disaster Response Force (NDRF), requesting it to set up a permanent camp in the district.

Ms. Choudhary said in case of any disaster, like the recent building collapse in Mahad tehsil, NDRF teams have to be sent from Mumbai or Pune. She said it takes more than three hours for the teams to reach the district and begin rescue work.

After the five-storeyed building, Tarique Garden, collapsed at 6.45 p.m. on Monday, the NDRF teams from Pune were able to reach the site, through a green corridor, only by 1.10 a.m. on Tuesday.

“Raigad is prone to floods and landslides. The district receives heavy rainfall and the rivers swell, leading to flooding. There are also many industries here, which makes it prone to accidents. We are hoping for a positive response from the NDRF. If approved, we would request them to set up a camp at Mahad as many industries are situated here. The area is also most vulnerable to floods,” Ms. Choudhary said.

One NDRF team has been asked to stay back in Mahad till the end of the monsoon. “The survivors are staying with relatives. We have made arrangements for food and shelter. We have started listing their missing belongings to help them claim insurance,” Mahad tehsildar Suresh Kashid said.

Ms. Choudhary has appealed to people to donate to the District Disaster Response Fund. After 15 days, the money would be used to support the survivors and families of the victims.

Light overnight drizzle recorded in and around Mumbai – mumbai news 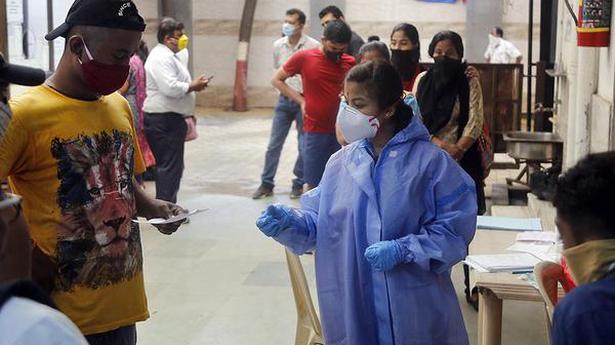