CHENNAI: The world can be a very unsafe place for the common man. While the powers that be may have their concerns pegged on scheming terrorists and thieving trade partners, natural disasters and self-generated catastrophes, it’s the seemingly benign, everyday woes that do the little man in. The butterfly effect of a drishti poosanikai on the road or the unchecked highbeam headlights in city traffic may not make the headlines but is likely to have you channelling your inner Indian thatha.

What better crime to evoke such a Tamil movie vigilante emotion than the antics of a biker without ‘hindsight’ — thanks to the removal of rear-view mirrors. The menace is all too common on our roads, given that the average biker’s tryst with the all too necessary accessory has always been chequered.

Even during the years when rear-view mirrors doubled as handholds for the children riding on the tank, there was little that could persuade motorists to ensure the attachment’s continued survival. As with every other act of rule-breaking — or mere negligence, it’s not without a horde of reasons.

Reasons aplenty
Aravind* points to the vibrations generated in his Bullet for getting rid of the mirrors. “The bike is a beast; when the engine is running, the mirrors vibrate so much that they are pretty useless. You can only make out that there’s something behind you and not much else,” he reasons. Gopinath Rajendran, who works a day-job just to fund his bike riding escapades, admits that it is a problem all Bullet men and women have to contend with.

And there’s much more. “Some bikes (like the KTM) have side mirrors that extend past the handlebar’s length. These bikes are obviously made for countries where the traffic is less and there’s more space to generally move around. Riding in a place like India where it’s crowded and we get bumper to bumper traffic, it’s a different case.

Some think removing the mirrors makes the vehicle more aerodynamic, therefore increasing the top speed,” he details. While none of this is any reason to not make the best use of the equipment, it’s these answers that explain why they do stupid things — just as people try to explain away incredibly loud sound horns, ridiculously designed number plates or extravagant modifications, he offers. Besides, some just think it’s cool to ride without rearview mirrors, he adds. Shiva* knows too many people who think just that. “They think a two-wheeler looks better without the mirrors. Safety can go take a hike. And removing the mirrors is very easy,” he points out.

A matter of affordability
As much as mere appearance and vanity seem to drive the poor decision of many motorists, for quite a section of twowheeler users, the concern seems to be the cost of it. Manikandan, who ensures that his bike is perfectly equipped, can see why his uncle almost never has rear-view mirrors on his. “It always breaks — someone riding past might bump into the mirror, it might get damaged in the parking lot, or be the first to take the hit when the bike falls.

Sometimes, when the mirror’s been around long enough, it becomes loose and there’s no saying when it’ll come off the hinges. Replacing it is not cheap,” he says. Gopinath too attests to the vulnerability of the mirrors. But both men point out that it does not make up for the risks that come with navigating the roads without it. “It is disturbing to see my uncle turn left or right while riding and he is forced to look back or do it blindly,” points out Manikandan.

This puts every vehicle around the rider at risk; or, at the least, it forces the fellow motorists to go out of their way to accommodate the odd one out. Dr Elakiya Sivakumar, who drives nearly 30 km every day for work, has had enough of it. “They squeeze through, not being aware of what vehicle they are getting in the way of. It’s much worse if they are wearing helmets; then, they are completely blind to what’s coming up behind them,” she points out.

Quite the cost
While this may seem a minor inconvenience, it can quickly turn disastrous. Piyush Tewari, the founder of the Save Life Foundation — a New Delhi-based non-profit organisation that is committed to improving road safety and emergency medical care across the country — lays it down for us. “Two-wheelers fall in the category of vulnerable road users, which means that their chances of getting into a deadly crash are amongst the highest of all road users.

We also know that the number one segment for head injuries in the country also comes from twowheeler riders. When you don’t have rear-view mirrors, you are — to a large extent — riding with only 50 per cent capability because you are unable to see approaching vehicles; bikers are unable to see what is going on while taking a turn. In many cases, we’ve seen them getting crushed by heavier vehicles, especially, buses and trucks. It is a significant issue,” he explains.

Many rules to rule them all
The rules are pretty clear here. The Central Motor Vehicles Act makes rear-view mirrors mandatory for all motor vehicles. The mirrors are essential for vehicles to get the fitness test, without which they cannot be on the roads. It also insists upon “proper use” of the mirrors for the driving licence test. The Tamil Nadu Motor Vehicles Act goes a step further and says that no one or nothing can be positioned in such a way that it obscures the driver’s access to the mirrors.

But, Save Life Foundation is gunning for more on the prevention- better-than-cure basis. “We have recommended a rule called ‘State of the vehicle’. When the vehicle is in motion, things like rear-view mirrors, brake lights, indicators, etc., should be in functional condition. If they are not, it should be a punishable offence with a ‘general offence’ fine, which is Rs 1,000,” he details.

M Manakumar, joint transport commissioner (Rules), says anyone caught riding without rearview mirrors is now issued a fine — either by Transport Department staff or Traffic cops — of Rs 500; this can be extended up to Rs 1,500 in case of repeat offenders. The ground reality of enforcement is far from ideal, it seems. A traffic constable manning one of the city’s busy junctions says, “It’s not practical to stop every person violating the rule. Even as I stop one, ten more would ride past.

In the meantime, I have to check the signal, watch out for bigger violations and attend to accidents. Often, we advise people to get the mirrors fitted and let them go; as long as they are polite and willing to listen. Yet, some people just want to pick a fight. Then, there’s only so much we can do,” he narrates.

Call for intervention
Electronic enforcement can offer an answer to this problem that the country is waking up to, says Piyush. “Everybody realises that a human cop can only deal with one person at a time. They can make a lot of people wait during the process, but there’s only so much they can do. However, the ANPR (automatic number-plate recognition) camera has a lot more capability to catch violations.

As a majority of our vehicles are getting on the Vahan system (e-registration system) and their insurances and challans are getting integrated, the time is not far when two-wheeler riders will not be able to escape from their violations. The frequency and the sheer number of violations are so large that electronic enforcement is the only way to go,” he points out.

Addressing the issue of af fordability, Piyush’s foundation has requested ACMA (Automotive Component Manufacturers Association of India) to create low-cost intervention — say, asbestos instead of steel bars — lowering the chances of it getting stolen for its resale value. “If they are damaged, replacing them would not cost as much as it would for steel bars,” he adds.

Beyond all these carefully constructed safety measures and means, it comes down to how well people put it to good use. “The aspect of training and discipline has not been prominent in the two-wheeler space as it is in the car driving space. How many people actually go to professional training schools when they are learning to ride a two-wheeler? So, the behaviour is such that it has become a norm for bikers to squeeze between two vehicles to get ahead,” points out Piyush.

There’s little any law or its vigilant enforcement can do to such conditioning. Ask Malini if she’s had any trouble with mirrorless twowheelers while she drives her car, she is quick to say “My problem is more that no one uses their damn mirrors.” Well, that’s a problem for another Ramana-esque vigilantism. *Names changed

STAYING A STEP AHEAD

Save Life Foundation is gunning for more effective rules on the preventionbetter- than-cure basis. “We
have recommended a rule called ‘State of the vehicle’. When the vehicle is in motion, things like rear-view mirrors, brake lights, indicators, etc., should be in functional condition. If they are not, it should be a punishable offence with a ‘general offence’ fine, which is Rs 1,000,” Piyush details. 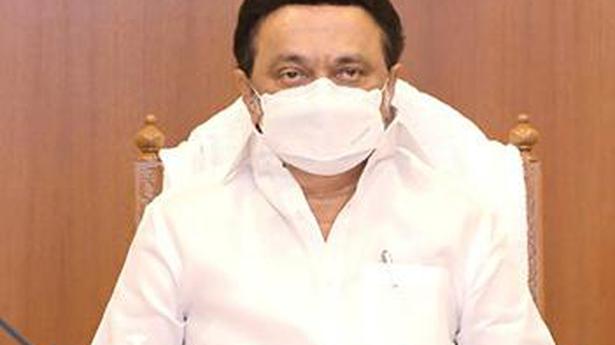