Tushar Kanti Bhattacharya, the sitting MLA from Bankura who had joined the Bharatiya Janata Party ( BJP) in 2019 returned to the Trinamool Congress on Friday.

Mr. Bhattacharya was elected as a Congress MLA from Bishnupur in 2016 and joined the Trinamool Congress in July the same year. After the 2019 Lok Sabha polls, he joined the BJPin the presence of Mukul Roy and Kailash Vijayvargiya.

“I did not have any anger against Trinamool Congress. There were some differences, which have now been resolved. I am happy to be back,” he said.

With the State going to polls in 2021, the Trinamool Congress and Opposition are trying to rope in supporters. Chief Minister Mamata Banerjee on July 21 urged those who have left the party to return.

The BJP is also trying to increase its rank and file by organising fresh membership drives. During the last few months campaigns have been organised by both parties to rope in supporters.

During the day BJP supporters held protests outside several medical colleges in the State and in Kolkata in protest against the State government’s mishandling of COVID-19 pandemic. 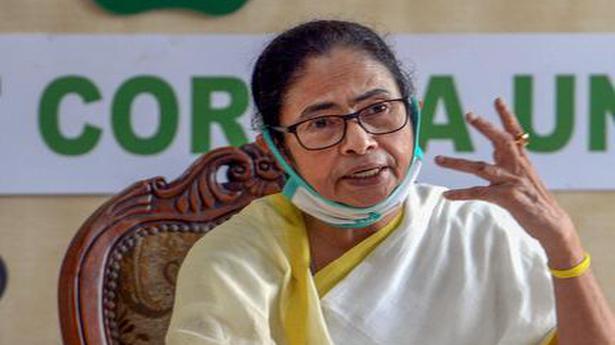 12 kg of cannabis seized in Kolkata