Andrew McDonald is no stranger to the Indian Premier League (IPL). The former Australian cricketer had played in the tournament until a few years ago. And this time around, he is back as the head coach of Rajasthan Royals.

Taking over from Paddy Upton, McDonald has a big task in hand. But with his old friend Steve Smith captaining the Royals, the head coach is confident of success.

Also an assistant coach with the Australian team, McDonald had to skip Aussies’ tour of England to fulfill his IPL commitments and is currently in Dubai under six-day mandatory quarantine. Aware that things would be challenging in the new normal, the 39-year-old spoke to Sportstar about the tournament and the road ahead…

In the wake of the pandemic, how much of a challenge will it be for the teams to stay inside the bubble for nearly three months?

I think this IPL will create a lot of moving parts and a lot of management that we’ve never seen before in a cricket tournament. From a coaching perspective, from a team management perspective, and from a playing perspective. To have so many rules and regulations attached around that, we’ll be making sure that we adhere to those because we’re really fortunate to be able to be doing what we love doing whilst people back in India remain in lockdown in certain areas. So, it’s up to us really to make sure the tournament goes how its meant to go and that we’re able to get out there and play cricket, not being distracted by other things off the field.

It’s going to be difficult, there’s no doubt about that. No one’s perfect, we’ve seen with other protocols around the world and leagues that there have been some breaches. But first and foremost, we need to keep everyone safe and it’s been so far so good.

For the coaching staff too, this is a new experience…

This year, we’re going to have more challenges with the restrictions put on the players with the lockdown measures. It’s not going to be as free as the previous IPLs. So, we would need to get creative and make sure that we have options for our players inside the bubble. We’ve already started that with some of the activities that we’ve been able to do, small things like allowing the players to train in the small areas outside their rooms during the quarantine.

Being the head coach of Rajasthan Royals, how do you plan to keep the players motivated and get the best out of them?

We’ve just got to get creative and keep people focused and as I said, people are going to ebb and flow with their motivation and it’ll be no different to any other tournament in that regard. We need to be really mindful that we’re connecting with our players through the tournament and that they’re comfortable expressing where they are at certain times and managing each individual properly. The biggest thing is that we don’t know how each individual is going to react to these new measures, so just need to make sure we’re taking good care of each of them to allow them to go out there and perform. Communication during quarantine. From left: Manan Vohra and Riyan Parag exchange pleasantries from their hotel balcony in the UAE.   –  RAJASTHAN ROYALS

Most players have not played any cricket for the last six months. So, when the training sessions begin, what will be the initial challenges, and how do you plan to get things in order?

There’s going to be some challenges with some players not coming off any cricket, which is unlike any previous IPL. Usually, the Indian players would have their domestic season behind them and the international players would’ve been playing regular cricket. So, usually, it is quite a seamless process. This season obviously it would be quite different. We need to be mindful that they have come out of a lockdown period and they’re going to be excited to get out there so we’re going to have to gradually get our intensity up over that first week once we’re outdoors. Andrew McDonald mentioned the players’ training will be a little different and that Rajasthan Royals will gradually increase the intensity over the first week once they’re outdoors. (File Photo)   –  Getty Images

And then after that probably look into some match simulations and then hopefully some practice games against other IPL teams or internally, that is how we’ll look to build up. We’ve already mapped up our three phases of getting into tournament play which we’re really looking forward to. I think the players will be fine, the programmes that we’ve set will prepare the players the best we can and the key thing is we don’t need any setbacks with niggle injuries. That is probably the biggest concern around the world with other leagues –with soft tissue injuries– which is up to our medical team to make sure that we’ve got the players training up to the intensity and keeps them safe, moving towards the first game where the intensity will go up again.

Every team had gone into the auction in December last year with the idea that the tournament will be held in India. Players were picked accordingly. Now that UAE hosts the tournament, how much of chopping and changing are required to get the combination right?

Yeah, there’s no doubt that when you’re at the auction you’re believing that the venues you are going to be playing in India. There’s some variety of venues with different surfaces. Some surfaces in India are similar to the surfaces here (in the UAE). So I think given the depth of squad we have and the selections that we made at the auction, we felt that for the surfaces in India we had most bases covered and that doesn’t change when we come here. It’ll suit our style of cricket and it’ll be similar to Jaipur with that slower surface and bigger boundaries.


So, overall we feel that we have the players to adapt to the UAE and I think every other squad will think the same. It’s just one of those things. When you move venues, you’re working out what new formation might be the one. There could be that one or two changes based on the surface that we might not see coming. As I said, with the depth that we do have, we’ve got options. The biggest challenge for us will be to keep everyone fit and making sure that we’ve got the available players to pick from.

Despite having a star-studded line-up, Royals had a forgettable outing last season. This time around, how do you see things shaping up? What are your thoughts on the team combination?

It’s really hard to predict what is going to happen in the upcoming season – that’s the beauty of the IPL. There are eight teams that at the start of the year that think they have a really good chance of going all the way through the tournament. You obviously need a lot to go right and need to do a lot of planning and preparation to make sure everything goes right. What I can say is, we’ll be planning and preparing the best we can be, hopefully getting the best performance out of the team and the formations that we put out there. We have players coming over from the England-Australia series who’ll have some cricket under their belts. So, that is a real positive. They’re going to walk from there right into match play and the preparation phase is going to be ultra-critical to how we perform in the tournament. If we can get this phase right, the next three-four weeks leading up to that first game would give us a really good foundation to then go out there and perform. We’re making sure that we get all our players ready as we can for that first game in a fit physical and mental state.


That’s going to be a bit of a challenge -to keep these boys mentally fit and tuned with everything that’s happening around them. Then, we’ll work out what our best eleven is both from the opposition and the surface point of view. It’s about making sure that the formations we pick at certain times to get us the desired results.

With Steve Smith back as the skipper, how much will it help? Since you have known him for a long time, a lot would depend on the chemistry between the coach and the captain…

I think in any team, the coach and captain’s relationship is really critical. I’ve got a relationship with him having been involved in Australian cricket. I’ve played with him a long time ago as well in some Australia A games. So, yeah, I’ve known him for quite a while now and am really looking forward to working with him. He’s really looking forward to stepping back into that leadership role. It’s an interesting challenge for him too and I feel comfortable that we’ve got the right man leading the charge. Rajasthan Royals coach Andrew McDonald has played with skipper Steve Smith in the past and said he is really looking forward to working with him.   –  FILE PHOTO/ R.V. MOORTHY

I think it should. Clearly, we don’t know the effects of being in that bubble in England at those venues. Look, they will – from a cricket skills perspective –  be well placed. As I said, it’s just about making sure that they are physically and mentally ready. We will treat everyone individually, making the best decisions for each with the upcoming games and that’s going to be a challenge when the players land here. Steve Smith (front left) and the Australian team on their way to England for their next assignment.   –  TWITTER (@CRICKETAUS)

We’re really hopeful that they turn up in great shape and are ready to go. In theory, it should be a bonus for us because they’d be ready and that’s one thing the other players will be chasing during this preparation phase -to be skill ready and match ready through practice games and intra-squad games. But we also know that it isn’t always the same as the intensity level of an IPL game. 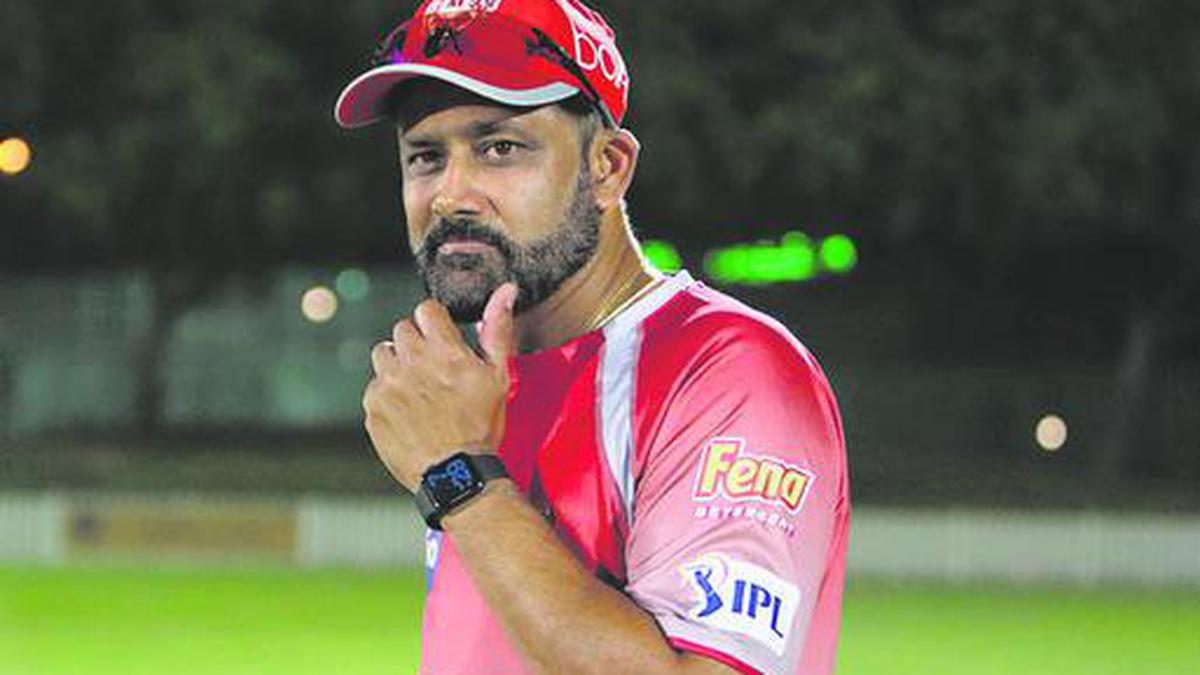 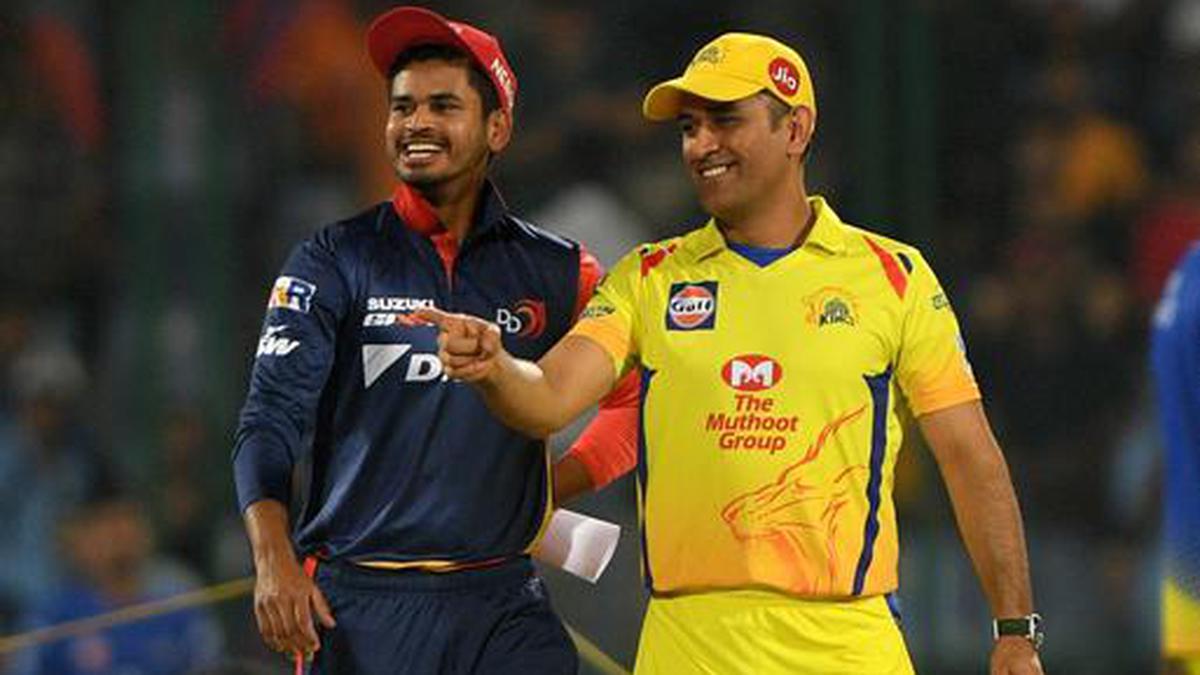 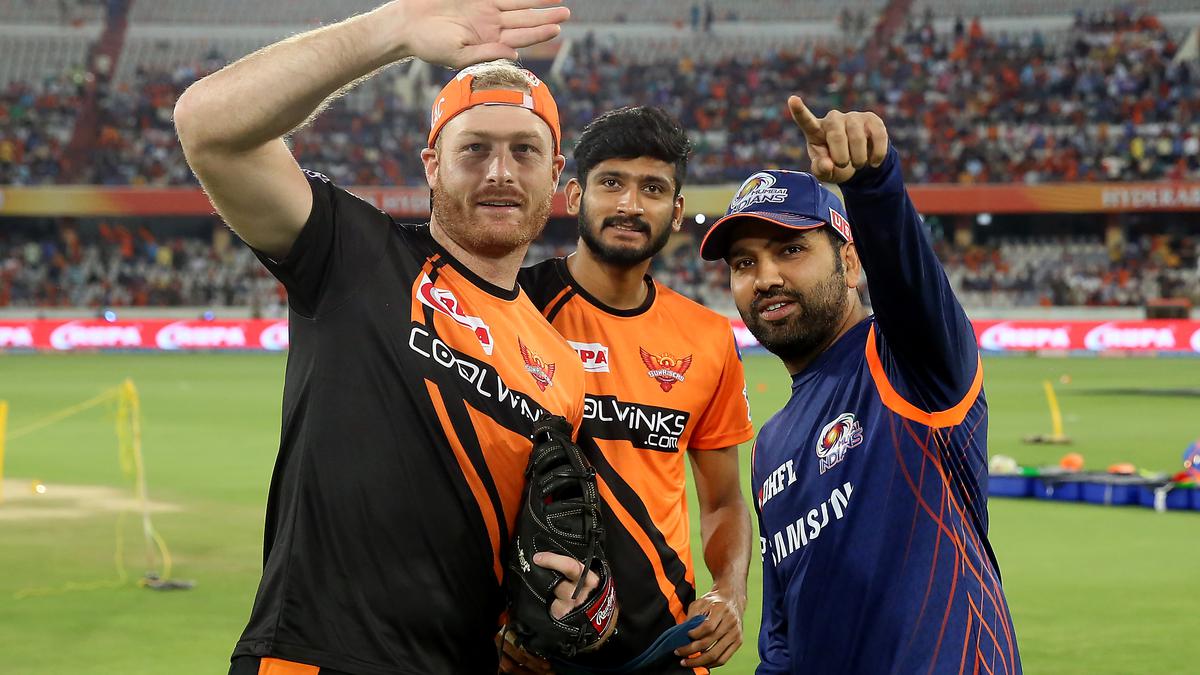